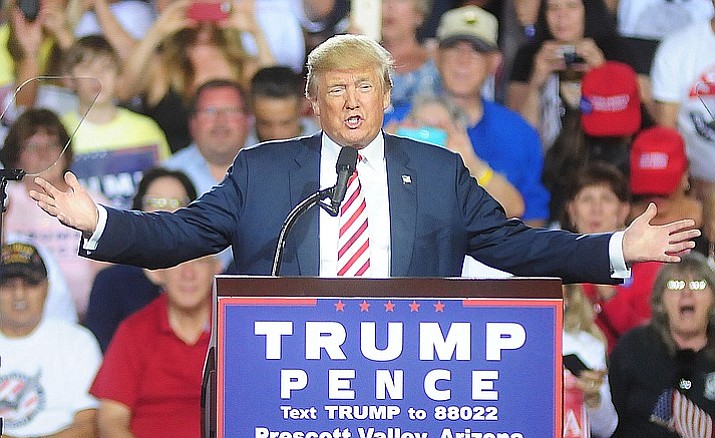 Photo by Les Stukenberg/Special to the Miner

As a Democrat, I have no political alignment with Sen. John McCain, but as a Veteran, I can respect his service.

We have a president who dodged duty in his youth by supplying a medical document saying he was unfit for military service during the Vietnam era. Yet, he was able to party all night long in them N.Y.C. night clubs.

My view: he bought his way out of service.

And to believe he now likes McCain after denigrating him for being captured and tortured is unbelievable.

We have in our entire history the most unfit president. For sure in my life time.

Special Prosecutor Robert Mueller is a true war hero and patriot. He has more bravery and honor in his little finger than Trump has in his entire body.

Mueller is like a modern day Elliot Ness. I believe he is Trump’s worst nightmare and has this draft dodging coward trembling in his shoes.