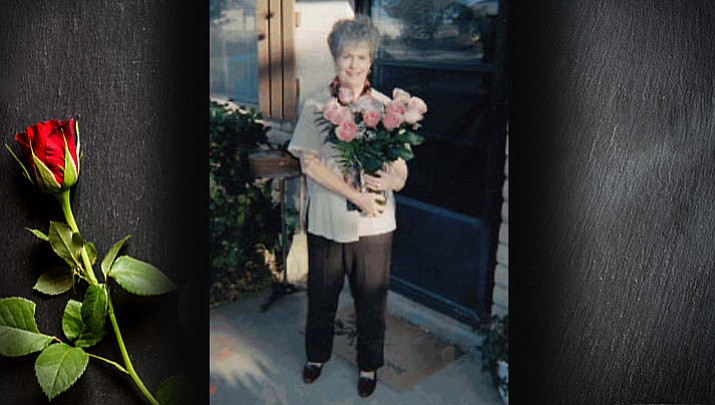 Daisy Louise Gardner 78, passed away on July 20, 2017, at the Joan and Diana Hospice home in Kingman. Daisy was born to Mary and Kenneth Gardner on January 23, 1939, in Kingman, Arizona.

Daisy was married to Dr. Jeff Jeffrey, and they had two sons, Paul Jon Jeffrey and David Jeffrey. Ben McGuire and Missy McGuire were born later to Rudy McGuire and Daisy.

Daisy loved gardening (especially roses) and spending time with her children and grandchildren. She was an accomplished seamstress, and at one time designed, sewed, and sold her clothing in her own shop. She drove a school bus in Kingman for several years. Daisy was associated with the “Cowbells” organization and was involved in the LDS Church in Kingman.

Daisy was preceded in death by her daughter, Missy, son, David, and mother, Mary Odle.