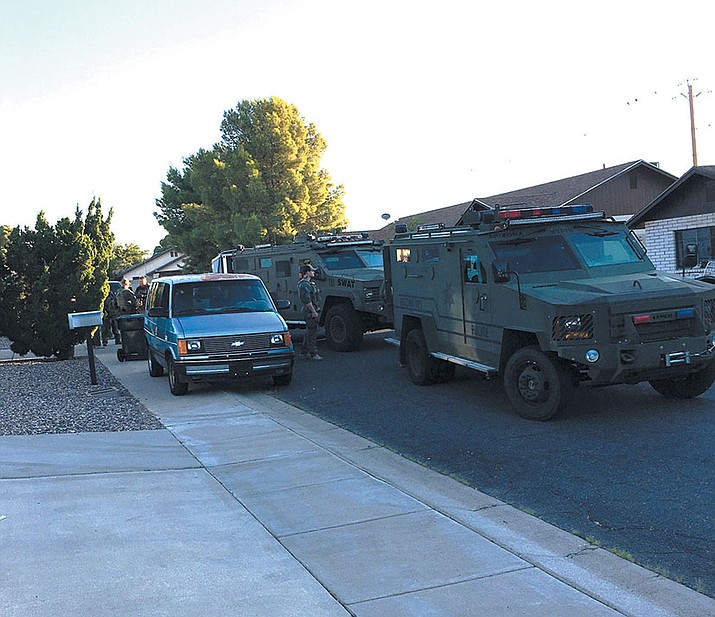 KINGMAN – Jon Guy Longoria, 57, board member of Mohave Community College, was arrested Monday on felony charges of possession of dangerous drugs and possession of drug paraphernalia.

The Mohave Area General Narcotics Enforcement Team raided Longoria’s home in the 4000 block of Gordon Lane at about 6 a.m. and took him into custody.

A spokeswoman for Kingman Police Department said the arrest stemmed from the conclusion of a one-week investigation into an alleged methamphetamine laboratory at Longoria’s home. He reportedly has a criminal history of manufacturing and selling methamphetamine.

MAGNET, with the assistance of the Arizona Department of Public Safety SWAT Team, served the search warrant and allegedly found a usable quantity of methamphetamine and drug paraphernalia.

Longoria was taken into custody and booked into the Mohave County jail and he may face additional charges.

Michael Kearns, president of Mohave Community College, said Longoria’s arrest is “unfortunate news” for the college, but was quick to note that he’s been arrested, not convicted. He had a similar incident about 15 years ago, Kearns noted.

If the charges against Longoria stick, the college will likely have a vacancy on the board. Mohave County Superintendent of Education Mike File would appoint a replacement, and then candidates can file to run for the six-year term in the next election.

Evidence at the scene led to an additional search warrant of an RV located on a property near Collins Drive and South Lochiel Road in Golden Valley.  Evidence suggests that drugs and items associated with the manufacturing and sales of drugs were cleared out prior to the search warrants being served.

Two other people were at the home during the search. A man was released from the scene, and a 1-year-old child was taken into custody by the Arizona Department of Child Safety.