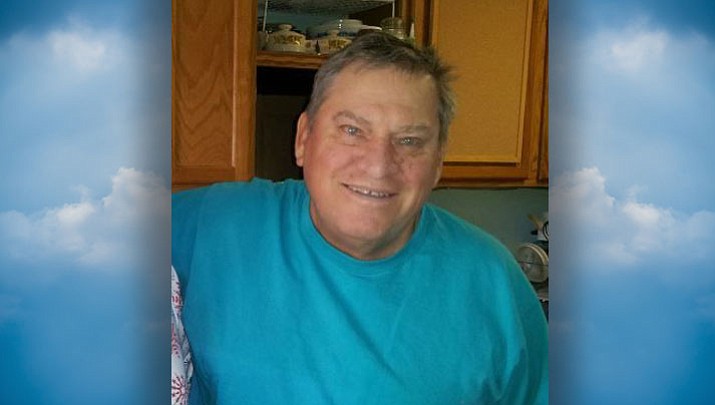 Retired Army Sgt. Donald James Harrison, born June 7th, 1949, in Vallejo, California, to Howard and Alice Harrison, passed away August 11th, 2017. He was preceded in death by his parents, a sister who died at birth, and his brother Bill. He is survived by his wife Shirley; daughter, Melissa (Chris); granddaughters, Olivia and Isabel; sister, Ruth (Carlos); two nieces, Alice (Marsha) and Trina (Kenny); nephews, Billy (Summer) and Paul; and grandniece and nephew, Ava and Shawn.

In 1971, Don enlisted with the Army National Guard, and shortly thereafter, moved to Kingman, Arizona with his parents. For well over a decade Don was employed as a small-engine repairman with Arthur’s Sales and Service. It is here that he met many a friend including his closest, Paul. Don served his community for many years as a member of the Mohave County Search and Rescue.

Don enjoyed gold mining, dreaming of striking it rich, 4-Wheeling and quad riding, playing games with family, discussing politics and religion, wood working and welding, tinkering with mechanical inventions, and always dreamt of moving to Alaska to mine for gold.

May he rest in peace at the foot of his Lord and Savior.