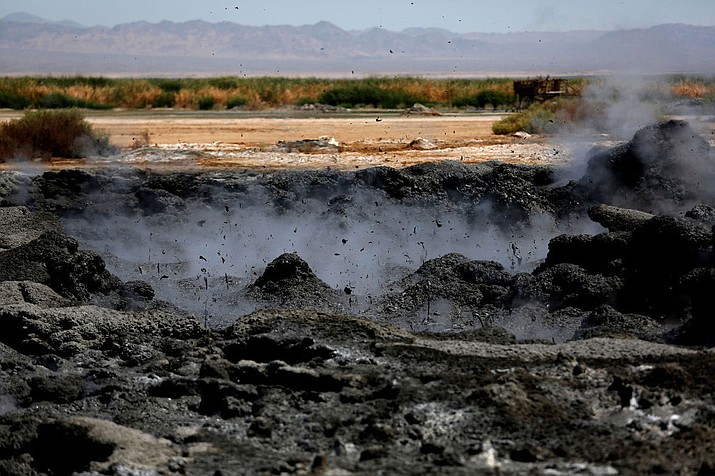 LAKE HAVASU CITY – The odd smell that wafted into Lake Havasu City on Tuesday is believed to have come from California’s Salton Sea, which has recently experienced high hydrogen sulfide levels.

The smell of sulfur spread not only to Lake Havasu City, but throughout Mohave County, according to Havasu fire officials. An odor reportedly resembling “rotten eggs” permeated Northwestern Arizona Tuesday, in areas including Havasu and Kingman. The origin of that odor, according to Havasu Fire Chief Brian Davis, may be California’s Salton Sea.

“The air current is bringing the smell in from the Salton Sea,” Davis said. “It’s not just us who have noticed it.”

California’s South Coast Air Quality Management District on Monday released an “odor advisory” for the Coachella Valley in reference to elevated levels of hydrogen sulfide in the Salton Sea, which may have been carried into Arizona by monsoon winds flowing from the Pacific Ocean into Northwestern Arizona. In the Salton Sea’s immediate vicinity, hydrogen sulfide levels were recorded at 38 parts per billion, which can cause temporary headaches and nausea. Concentrations dissipated further from the source, but the smell on Tuesday morning was noticed by residents throughout Mohave County.

“We’ve noticed the smell,” said Kingman Assistant Fire Chief Chris Angermueller. “We’ve been monitoring the air, and it doesn’t appear to be dangerous, and there’s no issue with toxicity. We’ve gotten five or six calls about it, but we haven’t identified any hazard.”

There are several causes for the Salton Sea’s obnoxious odor, according to Salton Sea blogger S.D. Patton. Rising levels of salinity, combined with agricultural runoff, algal blooms and the water’s low oxygen content have created an ideal environment for algae-eating bacteria to thrive. When these bacteria consume algae and nutrients in the Salton Sea’s waters, they release hydrogen sulfide in enormous quantities.

“It’s all over the county,” said Havasu Fire Division Chief Jeffry Harran. “It’s not local, and it’s not a hazard … it’s just a nuisance.”

The sea is about 240 miles from Kingman.