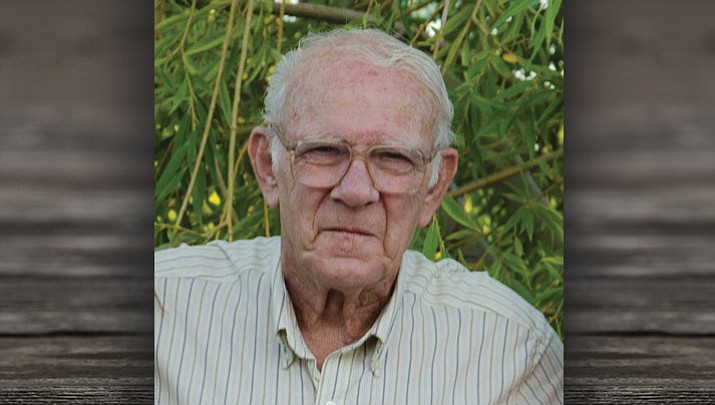 He was born to the late Frank and Pauline (Binstock) Friedt, June 21, 1933, in Mott, North Dakota. Mike graduated from New England High School in 1951 and spent one year in college at Dickinson State University. Mike was studying to be a teacher but he also wanted to serve his country. He enlisted in the U.S. Army in 1953.

Mike married the love of his life, Frances Elaine Hondl in 1956 in Spokane, Washington, and together they were stationed in Seattle, Washington; El Paso, Texas; Los Angeles, California; and Okinawa, Japan. After serving his country as a Radar Technician for 11 years, he and his family resided in Bismarck; North Dakota, Aberdeen; South Dakota, Dickinson; North Dakota; and Kingman, Arizona.

Mike was a Master Electrician and business owner of ABC Electric and a partial owner of Jet Oilfield & Equipment Co. in Dickinson, North Dakota. Mike took great pride in his work and his electrical business became very successful. ABC Electric, through the leadership of Mike, was able to take on several projects at once, but he was never too busy to help a friend in need.

Mike was an avid fisherman and loved taking his children and grandchildren fishing. During the many years spent living in the Dakotas, Mike and his family were responsible for the removal of several hundred large Walleye from Lake Sakakawea and the Missouri river system. Mike also loved gardening and taking care of the yard. Wherever the Friedts lived, they had a beautiful home. Mike and Fran also enjoyed playing Bingo and the penny slot machines when they could. Although Mike didn’t have a pet of his own for many years, he loved dogs. And the dogs loved him.

Mike was preceded in death by his parents; Frank and Pauline Friedt, his beloved wife of 59 years; Frances Elaine Friedt, his daughter; Cheryl Ann (Arnie) Kubishta, and his siblings; Jerome (Marlene) Friedt and Marge (Henry) Benz.

A funeral service will be held on Friday, September 1, 2017 at 10 a.m. at St. Mary’s Catholic Church in Kingman, Arizona. Mike’s final resting place will be at the North Dakota Veteran’s Cemetery in Mandan, North Dakota.

It’s hard to imagine a better man than Mike. He was a loving, caring and kind man. Mike was simply “The Best” and will be dearly missed by all who knew him.