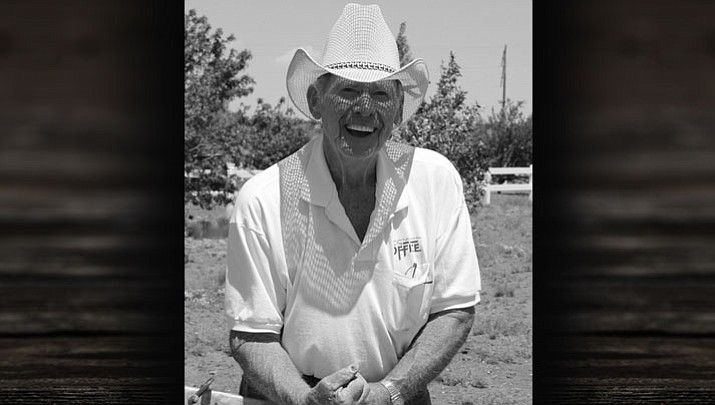 George Richard Shaffstall, age 88, died of cancer August 16, at home, in the company of his loving wife and two youngest daughters.

Born in Phoenix, Mr. Shaffstall enlisted in the Army Air Force in 1946 and was honorably discharged in 1949. During this time he married and started his family, and afterward moved to Oregon and later divorced. In 1964, he met Geraldine Starr (mother to Michael and Cyndie), married, and fathered his daughter, Starlene.

Mr. Shaffstall worked as a truck driver and later as a body shop tech/owner in Florida and in Colorado for father-in-law, Gerald Starr. In 1972, the family moved to Wikieup, Arizona, where he pursued his life’s dream of working a ranch. He learned the trade under Paul Ferrin and finished his cowboying years working for Frank Stephens. Years after retiring, Mr. Shaffstall, with the help of his son, Michael, and son-in-law, Robin Maskalenko, built his home in the White Mountains, where he and his wife have lived for 25 years.