City of Kingman has filed case against KAA, hearing set for Dec. 15 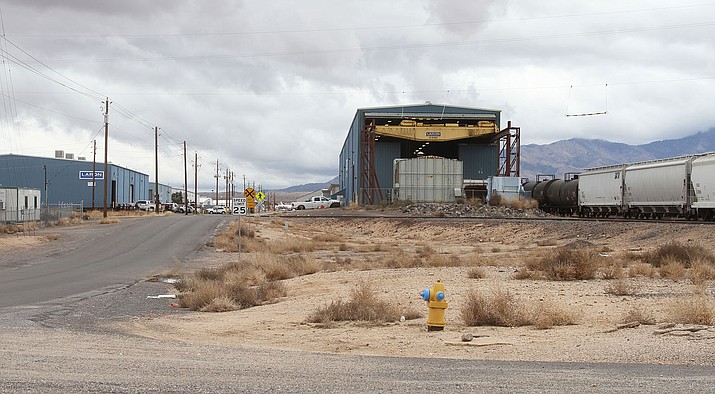 Daryl Williams, an aviation attorney hired by the city, filed the case Tuesday.

KINGMAN – The City of Kingman has filed a case in Mohave County Superior Court against the Kingman Airport Authority, with a hearing set for 8:30 a.m. Dec. 15 before newly appointed Judge Steve Moss in Lake Havasu City.

Daryl Williams, an aviation attorney hired by the city, filed the order Tuesday to set the hearing on his notice of condemnation to take immediate possession of the airport property.

Williams sent a letter to the KAA in November stating that the city is not satisfied with the way the authority has been operating the airport, and wants to take back the airport property and operations.

The formal notice was sent to the KAA and its board of directors, giving an overview of the reasons for the condemnation.

“In my experience with condemnation, this is usually the end of the case,” Williams said of the court hearing. “You might argue what the value is, but condemnation cases are limited in their scope.”

The city is applying for immediate possession, anticipating that the airport authority’s management will come to an end in 30 days.

Williams said he’s been on both ends of condemnation cases, and the contested issue is not the “right of sovereignty” for the property, but what does the sovereign have to pay for it.

In this case, the City of Kingman will offer to pay nothing for relinquishment of the property because it already owns the airport and industrial park, the attorney said.

The city doesn’t have to pay for the land, only the value of the leasehold interest with tenants, “so it’s a very small merry-go-round,” Williams said.

City Attorney Carl Cooper Council reported the cost of litigation with KAA has totaled about $41,000 at Tuesday’s regular meeting.

Councilman Travis Lingenfelter asked what the total cost would be including KAA’s attorney fees, and Cooper said the KAA board authorized $100,000 to $150,000.

Lingenfelter said he had a “real heartburn” with KAA using money from a public asset to fight the city.

Williams said he also finds it difficult to understand how KAA attorney Andrew Federhar can accept airport money for his fees, knowing that the city disapproves and the airport authority has no defense to condemnation.

“We simply disagree with the city’s view that they can condemn our lease,” Federhar said in an email to the Daily Miner. “The city has not given notice of any default under its lease with the authority.”

He said KAA’s board also disagrees with the city’s view that the authority can’t defend itself.