The Beale Street arch has lost some luster 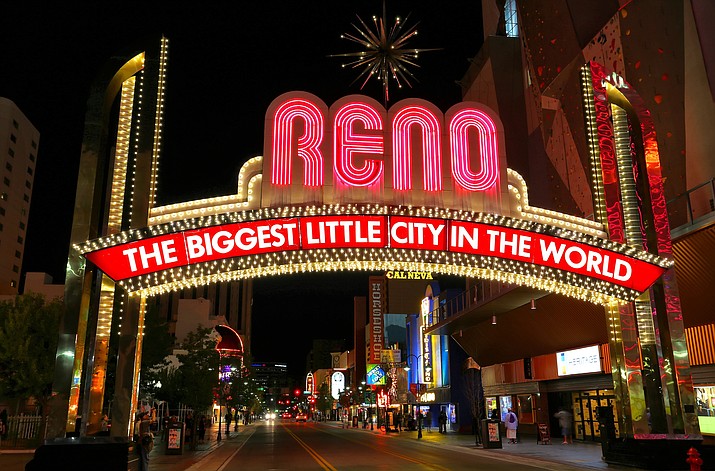 KINGMAN – Once envisioned as the grand welcome to historic downtown Kingman, the proposed arch over Beale Street has lost a little luster after a major sign company came back with a $260,000 price tag to build it.

City Council voted 6-0 Tuesday to hold a work session on the direction city staff should take on the proposed arch concept.

City Engineer Greg Henry said he’s looking at major cost overruns for the arch, which had been budgeted for $110,000.

YESCO, a Salt Lake City-based sign company with a large presence in Las Vegas, provided a concept at $260,000, and the city worked with YESCO to pare it down to $130,000, Henry said.

It would use the same color scheme with a brown background, and “Welcome to Kingman” on the entrance side of the sign and “Thanks for Visiting” on the outbound side.

The difference is the arch’s design would not be as intricate, there would be no lighting and the poles would simply be steel poles painted brown to match the rest of the arch, Henry told the council.

It would cost another $15,000 for concrete bump-outs and conduit stubs for possible future electrical lighting.

“I’m looking for direction at this point,” the city engineer said.

Cere Tabbert, a member of the volunteer community group that raised $35,000 in funding for the arch, said the money would be returned to the Kingman Area Chamber of Commerce if the arch is not built.

She said the former plant manager at Nucor Steel offered to lend his expertise and materials to build the arch for $35,000, and when he left, the price skyrocketed to $130,000.

“I don’t feel the sign proposed is anything anyone was seeking,” she said. “Different things were done wrong. There were a lot of bungles.”

Mayor Monica Gates asked about placing the arch over Route 66, somewhere between Second and Fourth streets. She said it would be confusing to hype Kingman as the heart of Route 66, while leading visitors down Beale Street.

Henry answered that comments from a town hall meeting indicated that citizens wanted the arch on Beale Street, not Route 66.

“I think there’s an overarching branding component we need to look at in the future to make sure we’re tied to the overall brand,” Councilman Travis Lingenfelter commented. “We don’t want to come off as too eclectic.”

Councilwoman Jamie Scott Stehly said the arch needs some sort of lighting for impact, and wanted to know how much extra it would cost.

YESCO representative Robert Bell said his conservative guess would be about $5,000 for LED lighting.

Stehly was also concerned about placement of the arch, following up on Gates’ idea of putting it on Route 66 with signage directing visitors to the downtown business district.

“I wonder if we should look at it to make sure we do it the right way,” she said.

James Bacon, attending his first council meeting as interim city manager, suggested the work session for the arch, and said council would need to come up with a financing package that’s essential to the scope of work. It would require the transfer of contingency funds to cover the difference in pricing.