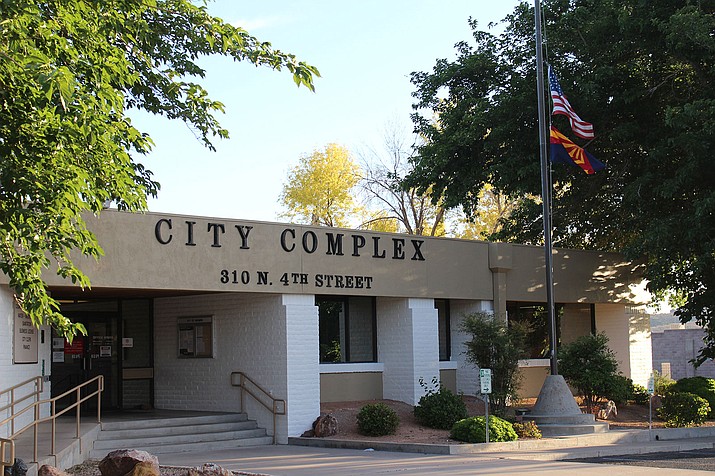 There is a set of recalls being put together for all of city council except Stuart Yocum. The recalls are being prepared by a new group “Justice for Kingman.”

KINGMAN – A new group called Justice for Kingman has launched a recall effort for the mayor and five City Council members, unhappy with the way they’re voting, particularly on the termination of City Manager John Dougherty.

The application for a Political Action Committee was filed Monday with the Arizona Secretary of State, signed by Chairwoman Nannette Russell and Treasurer Marge Hicks.

Justice for Kingman is still correcting some mistakes in the recall wording, and won’t take out petition papers until the wording has been changed, Russell said Wednesday.

“I should have read it, but I didn’t,” said Russell, who has been having health problems recently and was under medication when she signed the paperwork. “They sort of got carried away with their feelings rather than the actual reasons for the recall.”

Specifically, Russell had a problem with the wording in her application to recall Councilman Travis Lingenfelter.

“Lingenfelter is selfish and a self-opinionated person,” the application said. “His main interest is in self-worth in regard to his accomplishments.”

That may be true, based on his Facebook page comments, but it’s “inflammatory,” Russell said.

“Some things he does good, other things he’s off-base,” she said. “The way he treats people underneath him at times. He’s very short with them.”

Lingenfelter has depth of knowledge and a good personality as a whole, and that’s why people tend to like him, Russell said.

He was “fantastic” in forming PEAK, going after the Kingman Airport Authority and Executive Director Dave French, but he “dropped the ball” after four or five months, she added.

As for Mayor Monica Gates, she can’t control Council members, Russell said. She terminated the city manager as she stated she would before working with him, the application states.

The Council and mayor failed to give direction on what they wanted, refusing to listen to advice and yelling at staff, and breaking open meeting laws.

The petition also criticized Gates for not listening to residents during public comment or cutting them short, and spending taxpayers’ money on studies, workshops or professional people before taking action, and then refusing to take their advice.

Russell said she saw Dougherty’s performance evaluation in the Daily Miner, and one of the reasons given for not renewing his contract was that he didn’t participate in things.

“That made me the maddest,” she said. “John and (wife) Ruth Ann have been to every cleanup we’ve had, every beautification project. People don’t realize how much he did.”

“I disagree with the termination of John Dougherty as city manager who was working with a divided Council, who I understand did not set defined goals,” Basinger said. “This has been costly.”

He agrees that Council needs to address issues with the Kingman Airport Authority, which has not been held accountable to the city.

“I do not agree with a recall,” Basinger added. “The expense, the turmoil is not beneficial. There are elections coming up and people need to get out and vote.”

Grounds for recall of Council members, according to the petition:

Jen Miles: Wants to control the meetings and thinks she is mayor. Being senior member, she and the mayor should have helped give direction and guidance to the new Council members. She voted to repeal the city manager’s contract because she has a definite dislike of the city manager from her previous council experience.

Vickie Kress: Has no economic sense, no meaning of taxpaying dollar, what it takes to make a dollar for the retired residents of Kingman who live on Social Security only. Only interested in spending the taxpayers’ money on useless items when our streets are in such bad condition.

Jamie Scott Stehly: Does not understand Kingman city finances. Her main interest was to have the street in front of her house paved as it is now dirt and felt that now that she was a Council member, the city would do it for her. She can’t seem to make a decision without calling for a workshop or hire professional people and then will not take their advice.

David Wayt: He has little input at meetings, no expression or debating of issues, or voicing opinions to benefit the public, but follows fellow Council members and the mayor rather than using good sense. He appears to be a nonproductive member.

Petitions for the recall are due at the City Clerk’s Office by April 10, City Clerk Sydney Muhle said. They need 2,683 signatures to recall Mayor Gates, and 1,305 signatures for each Council member. State law requires a special recall election.

“The timing on this is presenting us with an interesting situation that we are still sorting out the details on as the next available date for the recall election would actually be the primary election (Aug. 28),” Muhle said.