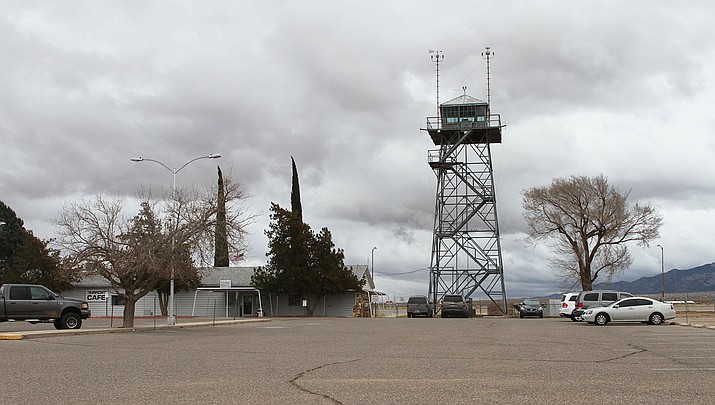 KINGMAN – The hearing scheduled for the city’s condemnation filing against Kingman Airport Authority was canceled, pre-empted by KAA filing an injunction in U.S. District Court in Phoenix.

The case was scheduled to be heard Friday in Lake Havasu City by Mohave County Superior Court Judge Steve Moss, a former county supervisor who was recently appointed by the governor to replace the retired Steven Conn.

Attorney Andrew Federhar, hired by Kingman Airport Authority to defend its 25-year lease contract, said this is a procedure under federal law that allows the lawsuit to be moved into federal court.

“We believe this case violates the constitutional right of the Kingman Airport Authority,” Federhar said Friday from his Phoenix office. “The city is trying to impair the contract, so we filed to take the case from the state court to federal court and consolidate it with the action we filed two weeks ago.”

KAA filed an injunction in federal court to prevent the city from taking the airport by eminent domain. Briefings will be completed sometime next week, and Judge John Tuchi will schedule a hearing in U.S. District Court when he has time on his calendar, Federhar said.

City Councilwoman Jamie Scott Stehly said the airport authority is using legal tactics to fend off the city’s planned takeover of airport assets and operations, but she’s not worried.

“They are driving up the costs of litigation, trying to make it too expensive for the city,” Stehly posted on her Facebook page. “What we learned today is that they want to avoid this condemnation hearing. They appear to be afraid that Judge Moss will rule in favor of the citizens of Kingman and give back control of our largest asset.”

Stehly said the airport and industrial park is key to bringing good jobs to Kingman, and she isn’t giving up the fight.

“How do these people sleep at night?” Lingenfelter said on Facebook.

“They know eminent domain will work, so this little unelected clique of mostly banking buddies are stalling to try to bleed the city of money, while they continue to misallocate the citizens’ airport funds on legal expenses,” he said.

Lingenfelter has expressed disappointment that KAA is using money generated from land sales and tenant leases to fight the city, when those funds should be reinvested back into the airport for maintenance and improvements to attract more business.

Daryl Williams, an attorney with Phoenix-based Baird Williams and Greer, said he can’t understand why a group of volunteer board members would remain so adamant about keeping their duties at Kingman Airport Authority.

“It’s a conundrum for me,” he told The Daily Miner when he sent the condemnation notice to KAA in November. “I might imagine the reasons would be of self-interest for a volunteer board member to hang on.”

“None of the KAA board members’ livelihoods are at stake here, unlike the many airport business owners and the citizens that work there that the city is advocating for,” Lingenfelter said. “There is definitely something with this little clique that we are not yet seeing here.”

The councilman said he’s going to explore the possibility of placing an item on the City Council’s meeting agenda to remove Burge from the tourism commission in January.

Dave French, executive director of KAA, announced in September that he would retire after 11 years on the job, effective Dec. 31. He said his retirement has “absolutely nothing” to do with the pressure he was getting from the city to relinquish the contract.