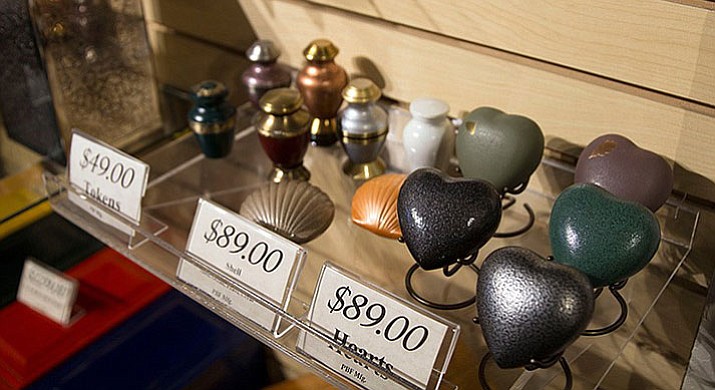 PHOENIX – It costs less to die in Arizona and in other nearby states compared to elsewhere in the nation – at least when it comes to funeral costs. Local experts say that’s because so many people here choose cremation over traditional burial.

Experts in the funeral industry said that’s a good thing for Arizonans since funeral costs have skyrocketed over the decades.

Judith Stapley, the executive director of the Arizona Board of Funeral Directors and Embalmers, attributed the lower cost of funerals in Arizona to the higher than average rate of cremation in the state. The average cost of cremation is about $600, thousands less than a traditional burial, according to a Huffington Post article.

She said over the last two years, Arizona has had a cremation rate of 68 percent. The national rate of cremation in 2016 was about 50 percent – an all-time high for the U.S., according to the National Funeral Directors Association.

“Talking to some of the people from Southern states where they have low rates of cremation, their normal basic cremation is closer to $3,000 where in Arizona, you’re looking at around $600,” Stapley said. “The rate of cremation is going to continue to go up. It just is. (This) will keep us below average until the rest of the nation catches up.”

Industry experts credit a variety of reasons for the rise in cremations: lower costs, the Catholic church’s “softening” on its views of the practice, the increasing mobility of the public, which means people don’t necessarily stay in their hometowns where they may have family plots, according to an NBC News article.

Stapley said that although Arizonans can expect to pay less for funeral services, they still need to do their research.

“Just like anything else you’d buy, you should shop around,” Stapley said.

“I know of some funeral homes that will almost religiously increase their prices every year,” Bueler said. “We’ve chosen to keep our prices at where they are and to maintain the same service all along at that price. We’ve of course seen increases in costs, but we try to absorb as many of those as we can.”

Bueler said it is at the owner of the funeral home’s discretion what prices they charge, but he believes many in the Valley overcharge.

“We aren’t a big, huge, fancy funeral home – that’s not the type of market or business we are trying to seek out,” Bueler said. “I don’t ever feel like someone should go into debt for a funeral – that’s just not sound business practices.”

Both Stapley and Bueler suggest planning your own funeral. Paying for services in advance can ensure future price changes will not impact the cost.

“Death isn’t something that people just want to research or look into, unfortunately. People don’t want to talk about it,” Stapley said. “You plan for everything else in your life. You should plan for your death, too, because it’s not like any of us can get out of it.”

Kingmanites prefer cremation
Last wishes: People have made odd requests at the end
Dignity in death and the costs of burial
Support for veterans high on Mohave Memorial’s priority list
The final bill: Funeral planning eases a time of grief