What do you get by crossing a rattlesnake with the will to succeed? Winners all around 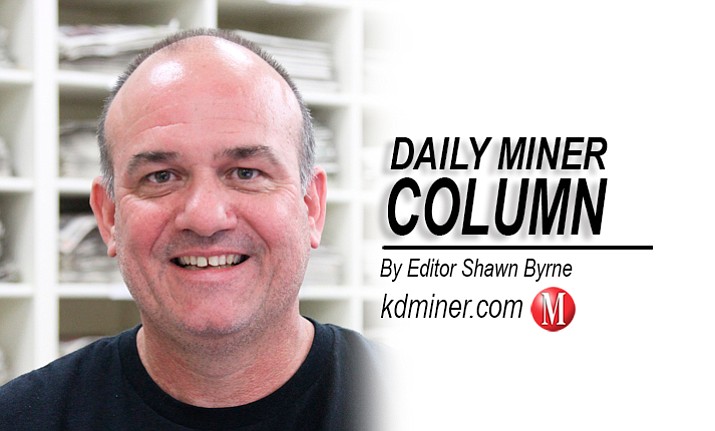 Has it been a false narrative all along? Has it been we-versus-them when that was the wrong way to look at it?

For as long as I can remember since my return to Kingman over 10 years ago, the debate has been centered around two projects – Kingman Crossing or Rattlesnake Wash.

Kingman Crossing is the retail project with an interchange on Interstate 40 about 1 1/2 miles south of Andy Devine Avenue. The project is needed to boost Kingman’s economy, but the economy needs to be boosted before the city can afford to be a partner in paying for the interchange.

The voters of Kingman approved to sell the city-owned land for Kingman Crossing at fair market value. Proponents for Kingman Crossing, led by Mayor Monica Gates, argue that the election proved people in Kingman are for the project. The wording did say “for commercial development,” and that probably means funding for an interchange. But that’s just a guess on my part.

There are a lot of different dreams as to what shops and establishments would take up residence out there. I’ve discovered people really love Olive Garden. And they want to shop at Dillard’s. Having something like a mall or outlet center would be a terrific addition to our city.

It is going to take partnerships to get the interchange moving forward. Mayor Gates has said she’s confident she can bring them together. She’s proven in the past she can get a big project done. She was mayor when the last one was done without being pushed from another entity to do so.

In all the talk about economic development, if Kingman’s economy is going to be developed, it is going to include the airport. It is the obvious choice, and it somehow needs to be mined so decent-waged jobs can make an appearance here.

But right now, the maze it takes trucks to get to the airport and back to I-40 cannot be very enticing for companies who are looking to set up shop here. It would be beneficial if there was a parkway for them to move directly from and to I-40 and the airport. And the parkway could even connect the airport past the interstate to Hualapai Mountain Road.

The Rancho Santa Fe Parkway at Rattlesnake Wash would be ideal. If work in getting employers at the airport can pay off, then this would be a great asset in wooing even more companies.

Here is where Mayor Gates and Vice-Mayor Jen Miles have my attention. Why not both?

What if those in favor of Kingman Crossing and those in favor of Rattlesnake Wash joined forces to make both happen? Instead of energy spent to the negation of one project over the other, the energy would be reversed and spent to make a retail haven and an industrial power center.

Kingman would win. And that’s the right way to look it.