Visit from historic B-17 left an impression 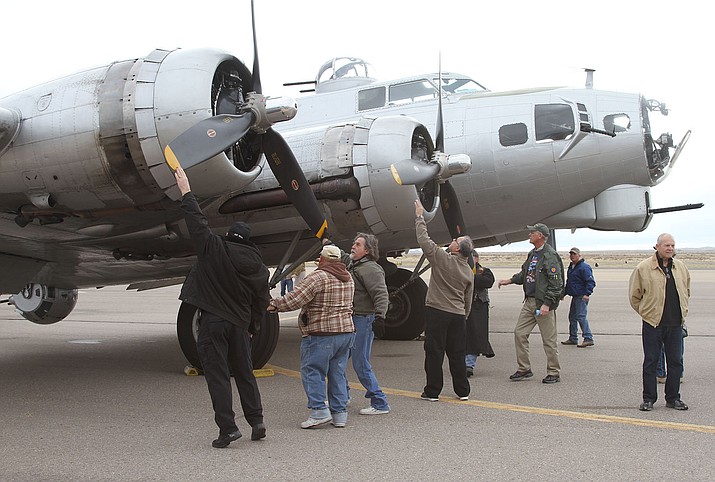 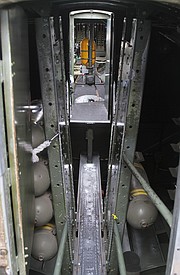 The bomb bay interior of the “Aluminum Overcast” B-17 bomber plane, looking towards the back of the plane from behind the cockpit.

People who arrived at Kingman Airport to marvel at an historic B-17 bomber got the best of both worlds when two military Chinook helicopters made a landing, giving spectators a view to the past and present at the same time.

KINGMAN – Thanks to the Experimental Aircraft Association, a Boeing B-17 World War II Flying Fortress heavy bomber plane returned to the Kingman Airport for the first time in over 20 years this weekend. The Kingman Army Airfield used to fly training missions with B-17s and then housed thousands of the planes after WWII.

Tim Gerlach, president of the local Experimental Aircraft Association Chapter 765, was pleased the event was a success. He said they’d received short notice from the crew of the EAA-owned Aluminum Overcast that the plane might be available for tours in Kingman and jumped on the opportunity.

People in Kingman seemed to appreciate it, for there have been good sized crowds since the plane landed Thursday despite inclement weather.

After a ceremony Friday morning at the Kingman Airport, the EAA touring group began the public flights. “When you’re part of it, it’s really worth it. I’m really lucky to be able to do this,” Gerlach said, with EAA member Paul Gaines adding, “It was like a dream, a blur from the photo and video shoot yesterday to today.”

Andrew Ambos went on the flight. Upon landing, he said, “That was unbelievable. It was well worth the 55-year wait. I’ve always wanted to fly in one but it’s pricey. I wouldn’t have been able to afford it without it coming to my community.”

He continued to marvel at the experience, “There are ghosts (in) there. It was hard to keep your balance (during flight).” He was very happy, though. “It was wonderful!” Gary Hill agreed, calling it a once in a lifetime experience.