Man shoots at people, holds police at bay for hours 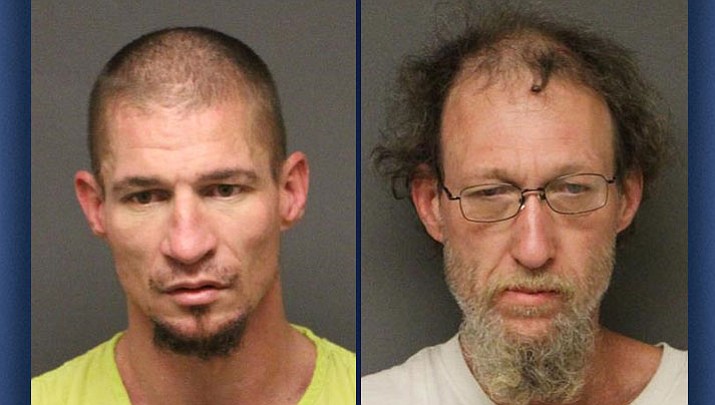 KINGMAN – A man allegedly fired a gun at several people at a Kingman home, setting off a standoff that lasted hours. Police say drugs were involved.

According to sheriff’s spokeswoman Trish Carter, Kingman Police received a 911 call at about 8:50 p.m. A witness said Carson had fired gunshots while at a home in the 4000 block of North Stardust Road. Police responded and relayed the information to MCSO, which had jurisdiction. Deputies’ attempts to make contact via public address system with the residents were unsuccessful.

Sometime later, Wall (the homeowner) contacted the sheriff’s office and said he was at a nearby convenience store and needed to talk with deputies. Wall reportedly said Carson had people over at the house earlier and that he began acting strangely. He said he confronted Carson, who became upset and went into his room and fired off several gunshots. Wall said that Carson came out of his room as people were leaving the home and began firing several more shots at people as they left. No one was injured.

Wall reportedly told deputies the woman at the house was possibly still inside with Carson. A records check showed both Carson and the woman to have active warrants. Carson was also a prohibited possessor of a firearm. After two hours and having no contact with anyone inside the home, the MCSO SWAT team responded.

At approximately 2 a.m. Saturday morning, Carson opened the back door and continued to refuse deputies’ commands, according to Carter. The woman simultaneously exited the front door. Both were taken into custody without further incident.

A search of Carson’s room allegedly revealed a 9mm Ruger handgun (a computer check showed it was reported stolen to KPD Dec. 23). Detectives determined the serial number on the gun had been tampered with. Spent shell casings, a glass pipe with residue, a scale with white residue, a plastic bag containing a white crystal substance and a plastic bag containing marijuana were also allegedly found.

A search of Wall’s bedroom allegedly revealed a .22-caliber rifle, a container containing a white crystal substance, two glass pipes with burnt residue and a spoon with white residue. A records check showed Wall to be a prohibited possessor of a firearm. He arrived on the scene and was taken into custody without incident. Both men and the woman were transported and booked into the Mohave County jail.