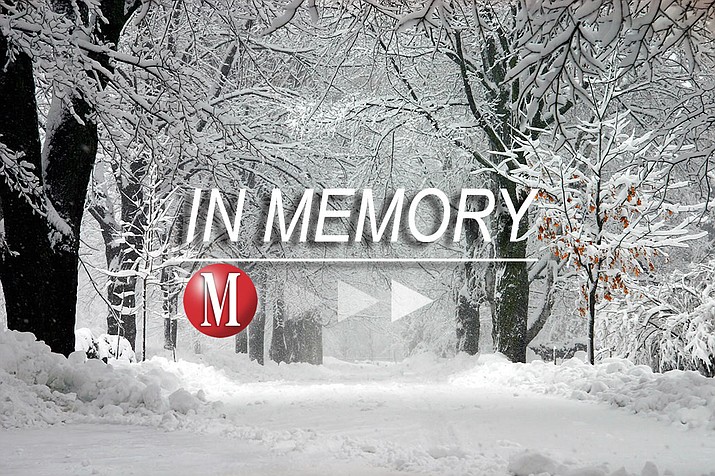 Chester was born on January 14, 1935, in Killingly, Connecticut, to Ernest and Vera Adams. He was one of four boys. He lived in Killingly until moving to Kingman in 1973. Chester was a veteran of the United States Army, serving in the Korean War. Chester worked for the Mohave County Road Department until his retirement in 2003.

He is survived by his children; Donna Craig of Gilbert, David Adams of Kingman, Beverly Adams of Tempe, Scott Adams (Abbie) of Chandler and Karen Gillian (Michael) of Gilbert.

He is also survived by his brother, Robert Adams of Sterling, Massachusetts.

There will be a memorial service at Sutton Memorial Funeral Home at 11 a.m. on Saturday, March 4, 2017. Those attending are encouraged to wear denim. In lieu of flowers, donations can be made to Veterans and their Pets at P.O. Box 364, Gilbert, AZ 85299 or any veterans’ organization.