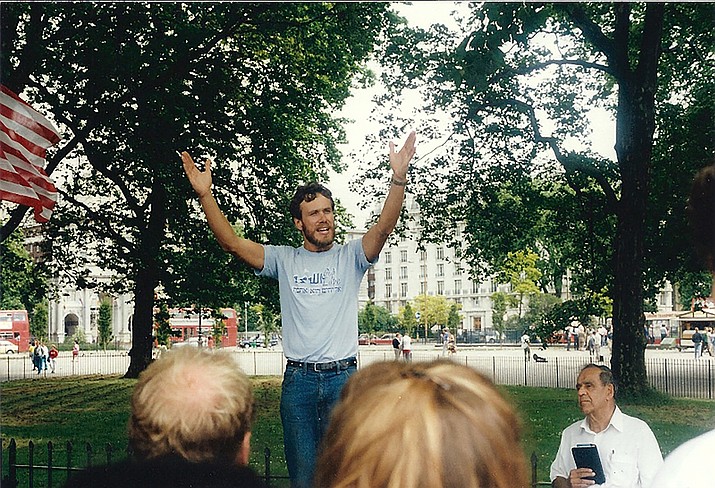 Got something on your mind? Tell us about it in 40 words or less.

McMurdo: The prescription painkillers are synthetic, made by Big Pharma, who pushes those in pain (not of sound mind). The user chases, and “takes” something that has been altered with a stronger synthetic opioid product. Big Pharma kills.

Many times have the idiots in this county told us we have a 100-year water supply? So let’s let clowns come in, pump out thousands and thousands of lifesaving liquid for the sake of their wallets?

Raise fuel tax-We left Kalifornia partly because of this kind of BS. Don’t let the state politicians get away with this con. I’ll bet they’re democrats.

Enough with the hunters, already! Can you not find anything better to hand down to your children than animal slaughter? Really?

On an Obamacare letter:

The Affordable Care Act Has To Go. The Republican Party was making sure it would fail. They did not care that it was giving insurance to uninsured children. Seeing how children are treated by Arizonan authorities that is not surprising.

On the ongoing evolution debate:

Re: Theory of evolution is a fraud. You do realize that the Bible was written by man and not by God. Also I am a Roman Catholic and not an atheist.

Re: A form of government letter:

The U.S. is not a Demoncracy??? Seems like one right now. However, we are a republic with a democratic form of government. Don’t keep coming up with alternative facts.

Don’t Demonize Opioid Users (Letter from Roy Lettett): Truer words were never spoken. Someone making these decisions needs to have their head examined.

On our homeless point in time survey story:

I find it hard to believe that the chronically homeless have bad credit. Thanks for pointing this out.

Kudos for “another side of the opioid story.”

The politics of pain. I see no reason why those of us who take our prescription pain medication sensibly should suffer because of those who overdose on them. I’ve taken Tramadol and fioricet for over 27 years. No overdose.

Regarding the story the Politics of Pain. My husband is in the exact same boat as Jay Fleming. Nerve pain from a screwed up Spine surgery. My husband is 63 years old and also can NOT make it thru the day with out his pain meds.

Letter: Think twice before voting against Prop 205
The politics of pain - another side of the opioid story
Column | Medicare helps seniors use opioids safely
Major opioid maker to pay for overdose-antidote development
Council takes steps toward joining opioid litigation