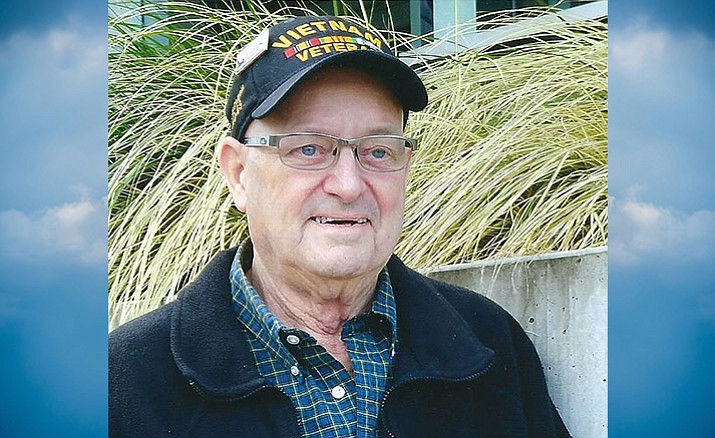 He is also survived by his two sisters, Janice Armstrong Heimer (Carl); and Joan Armstrong Hamby (Tom); and many nieces and nephews.

He was preceded in death by his parents, Everett and Alma Armstrong and his brother Lynn Armstrong.

Larry was born on April 7, 1944 in Eugene, Oregon to Everett and Alma. He attended McKenzie and Clackamas high schools. He was in the Navy from 1963 to 1967. After a six-month courtship, he married Carolyn in 1970.

Larry worked for Oregon Cedar Products for 25 years and when the mill closed, he went back to school.

He received his CDL and then later went to work for Eugene Sand and Gravel driving a concrete truck.

He retired from there and moved to Kingman in 2010. Not ready to quit he drove an asphalt truck for about a year. Once he again retired, he volunteered at Kingman Regional Medical Center in the Outpatient Surgery department. He enjoyed this very much and hated having to stop when he was diagnosed with cancer.

Throughout his life, Larry had a passion for family, wood working, golfing and bowling.

Larry was larger than life and he lived his fully. His heart was always with family and friends, and he was never more than a phone call away to help whomever needed him. He was described as a kind soul, funny, helpful, a fighter, stubborn, and joyful. He leaves behind many, all of whose lives and hearts were enriched through having been touched by his.

We are all grateful for his presence, influence and love in our lives, and he will remain with us always.

Refreshments will be provided.