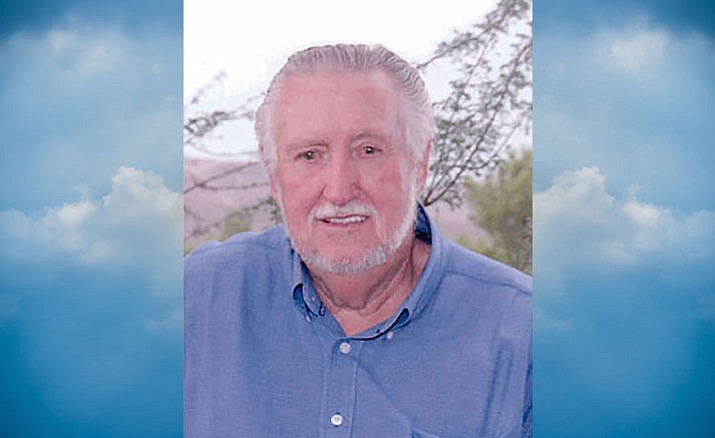 Lloyd Harris left this earth to be with the Lord on Monday, Dec. 26, 2016. Lloyd was born in Nashville, Tennessee on Nov. 26, 1935. Lloyd and his mother, Myrtis, left Tennessee and moved to Rexburg, Idaho when Lloyd was 7 years old.

Lloyd began the second grade in Rexburg and completed high school at Madison High. He was a very talented basketball player for Madison High and led them to many title wins. Scouts watched him closely throughout his high school career and many college scholarships were offered. He chose to go to Idaho State in Pocatello to stay close to his mom.

He married his high school sweetheart, Elaine. This marriage blessed him with his son, Bruce, who still resides in the Rexburg area. Bruce and his wife, Jill, gave Lloyd four grandchildren: Trevor, LaToya, Tason, and Torey.

Lloyd’s first marriage was dissolved and he later married Beverly. Lloyd was again blessed with his son, Dee, and a daughter, LeAnn. Dee gave Lloyd a granddaughter, Heather, and a grandson, Major. LeAnn had two daughters, Asia and Amiya. Lloyd had a total of eight grandchildren and four great grandchildren. They are all so gifted with Grandpa’s sport abilities.

Lloyd retired from basketball in 1960 and began his golf career in 1963. Lloyd found golf to be a great sport and business. He had part ownership in two private courses and won many tournaments. He also enjoyed following the Senior PGA Tour during his single years and providing golf lessons to many.

In August of 1997, Lloyd married Mickey Mack. This union was after Lloyd had been single and lived independently for 15 years. Mickey had five children: Greg, Amy, Kelly, Holly, and Carol. Kelly, Holly, and Carol still lived at home so they began enjoying all of the high school and college graduations, weddings and the birth of many more grandchildren.

Lloyd also welcomed Mickey’s mom, Toni Christensen, into their home as she was suffering ill health and helped Mickey tremendously with her care. Together, Lloyd and Mickey endured illness, tragedy, and death. We both felt truly blessed to have had a love strong enough to endure all that life brought to us. He will be truly missed!