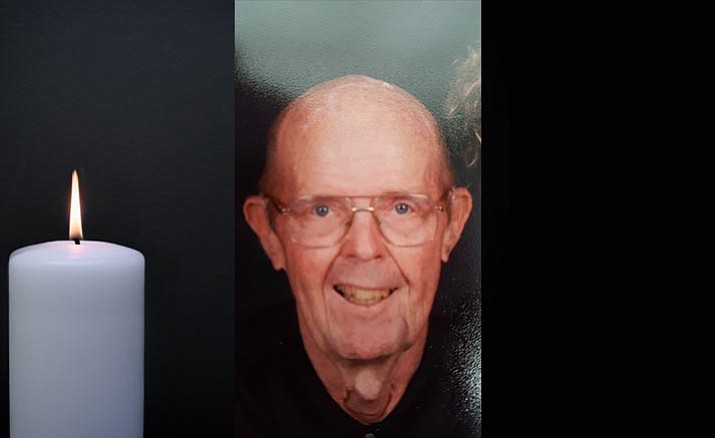 William E. Anderson passed away peacefully on Thursday, Jan. 12 in Kingman, Arizona, after a courageous battle with Alzheimer’s.

Bill was born April 10, 1931 in Ashtabula, Ohio, to the late John E. and Sigrid Larson Anderson. He was a Navy veteran having served in the Korean War.

He then went on to earn his degree in Mechanical Engineering from Ohio State University.

He was an active member of the Masons for over 50 years and he worked many years for Youngstown Sheet & Tube (J&L, LTV) and DeLaval Turbine.

Bill was an avid golfer and loyal OSU Buckeye fan, but what he really lived for was taking care of his precious wife. Theirs is a true love story and his passing leaves us all brokenhearted, but thankful to have been loved by such a man.

In lieu of flowers, the family is suggesting donations be made to the Alzheimer’s Association.