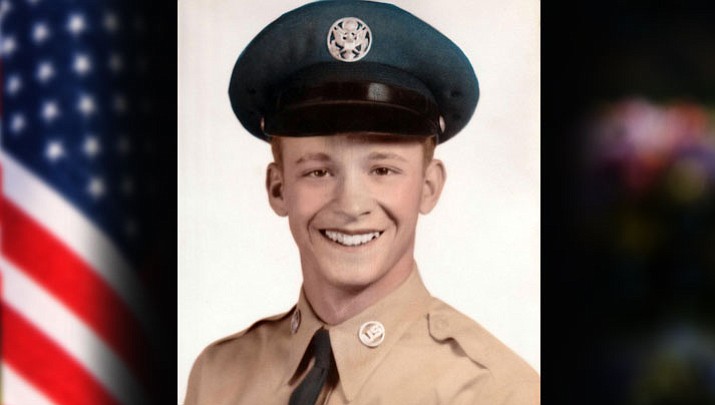 Ronald Lee Simanson passed away in Kingman, Arizona, June 27, 2017. Ron was born June 2, 1936, in Hammon, Indiana. His parents, Henry and Olive Simanson, moved the family from Indiana to Florida, then to California where Ron attended high school before joining the United States Air Force in August 1954. Ron served as an Airman Second Class in Japan before his honorable discharge in December 1957.

After his service, Ron met and married his wife of 51 years, Viola Andrew, on June 26, 1959. They lived in Rialto, California where they had a daughter. Michelle ,and a son, Michael. Ron was a machinist for the Santa Fe Railroad in Rialto and in Topeka, Kansas before his retirement to Golden Valley, Arizona in 1994. In retirement Ron enjoyed tinkering with his truck and working on his house and yard. In 2004 the couple adopted their grandson, Samuel Simanson.

Ron was preceded in death by his parents, Henry and Olive, his wife, Viola, his daughter, Michelle, and his brother-in-law, Gus Gustafson. He is survived by his brother, Art (Rebe) Simanson of Golden Valley, Arizona, his sister, Carol Gustafson of Apple Valley, California, his son, Michael Simanson of Kingman, Arizona, and his grandchildren, Jacob, Kymburlyn, Samuel, Annie and Madyson.