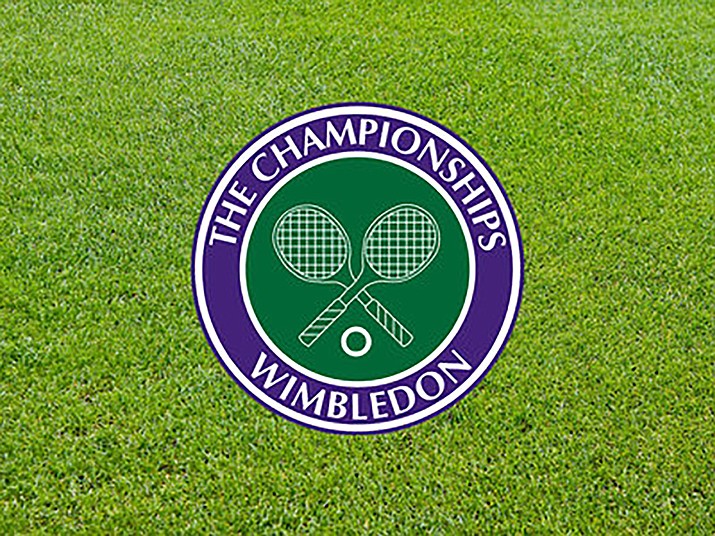 The top-seeded Murray flicked a cross-court backhand passing shot so forcefully, placed it so perfectly, that Querrey barely got his racket on the ball, sending a volley well wide. With that, Murray was up by a set plus a break in the second. As he headed to the sideline for the changeover, though, Murray limped, bothered by a sore left hip.

As the match wore on, the hitch in Murray's step became more pronounced, his shots less effective. And Querrey, an American seeded 24th, took full advantage, hitting 27 aces and dominating down the stretch to stun Murray, and a partisan Centre Court crowd, with a 3-6, 6-4, 6-7 (4), 6-1, 6-1 victory, earning a spot in the initial Grand Slam semifinal of his career.

"I am still in a little bit of shock myself," said Querrey, the first U.S. man to reach a major semifinal since Andy Roddick was the 2009 Wimbledon runner-up.

Another quarterfinal surprise arrived later Wednesday, taking out yet another member of the sport's Big 4 and owner of multiple Wimbledon titles: Novak Djokovic stopped playing because of a right elbow injury while trailing 2010 runner-up Tomas Berdych of the Czech Republic 7-6 (2), 2-0. Djokovic's elbow was massaged by a trainer during a medical timeout after the opening set. A day earlier, during his fourth-round match, Djokovic also took a medical timeout.

"It was only getting worse," said Djokovic, explaining his elbow was in the most pain when he hit serves and forehands. "Unfortunately today was the worst day. Probably the fact that I played yesterday, kind of days adding up, as I've said before, it wasn't helping at all."

The owner of three championships at the All England Club, and 12 major trophies overall, said his elbow has been bothering him for more than a year, that he opted against surgery and that he will consider taking a break from the tour.

Time off has paid dividends for Roger Federer, who missed the last half of 2016 to allow his surgically repaired left knee heal, then skipped the clay-court season this year. He, Djokovic, Murray and Rafael Nadal combined to win the past 14 Wimbledon titles, but only Federer now remains in the field.

The 35-year-old Federer, who has won seven of his record 18 Grand Slam championships at the All England Club, is the grass-court tournament's oldest semifinalist since Ken Rosewall in 1974 at age 39. Federer produced a straightforward 6-4, 6-2, 7-6 (4) victory over Milos Raonic, the man who beat him in last year's semifinals.

Querrey hit 27 aces against Murray and was impeccable for portions of the match, finishing with 70 winners and only 30 unforced errors. He also managed to move past one really bad mistake in the third-set tiebreaker: an overhead that he dumped into the bottom of the net.

"He was dictating all of the points," Murray said.

And Murray was fading.

From 1-all in the fourth, Querrey grabbed eight games in a row to take that set and lead 3-0 in the last.

"I didn't start my best, but I just kept with it. Kept swinging away and then really found a groove in the fourth and fifth set," Querrey said. "And everything kind of seemed to be falling my way then."

It's the second year in a row the 29-year-old Californian upset the defending champion and No. 1 seed at the All England Club. In 2016, he ended Djokovic's 30-match Grand Slam winning streak by beating him in the third round.

This is Querrey's 42nd Grand Slam tournament, the most ever played by a man in the Open era before getting to his first semifinal.

And there were moments along the way when Querrey himself doubted he'd ever accomplish this.

"Last year definitely kind of gave me a new boost that I could do it. But there have been times in my career," he said, "where I definitely thought: If had to bet – 'Am I going to make a semi?' – I probably would have gone, 'No.'"

Murray, meanwhile, has been dealing with that hip. Before Wimbledon, he skipped some practice sessions and pulled out of two exhibition matches.

His serve speeds slowed in the latter stages Wednesday. His backhands didn't have their usual verve. He couldn't play his usual court-covering defense.

"I was pretty close today. It wasn't like I was, like, a million miles away from winning the match," Murray said. "Obviously, the end was a bit of a struggle."

What we learned at Wimbledon: Never count out Roger Federer
Anderson upsets Federer at Wimbledon
Djokovic has tennis history within grasp at the French Open
‘17 champ Muguruza, finalist Cilic out in Wimbledon upsets
Djokovic wins US Open for 14th major, tying 'idol' Sampras