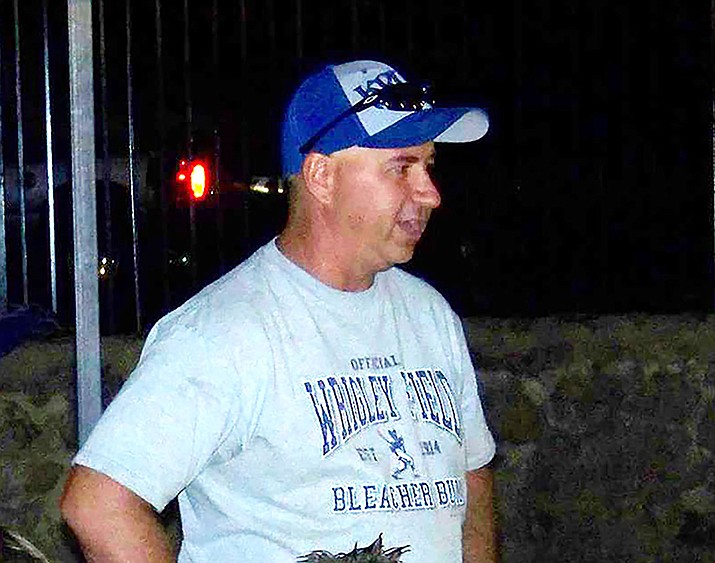 KINGMAN – John Bathauer dedicated his life to helping anyone he could, whether it was in sports or everyday life. For that reason, the John Bathauer Memorial Scholarship Coed Softball Tournament was created in 2012 to honor his memory. In a span of six years, it has become one of the largest softball tournaments in Kingman and it gave out $7,000 in scholarships to high school seniors this spring.

“The tournament is a good cause and everything goes right back to the kids and the community,” said John’s nephew Jonny Meins. “That was one of things about my uncle – he was very involved in Little League, wanting to help kids, wanting to help anybody who needed help.”

The scholarship fund has increased from its initial amount of $600 due to increased interest. The fourth annual tournament featured 28 teams and there were over 30 teams at last year’s tourney.

“It’s been pretty crazy to see the tournament grow from year to year,” said John’s daughter, Jennifer Stout. “Every year we’ve had more teams and we’ve collected more donations – the community is amazing.”

Tournament organizers expect this year’s tournament to feature a similar amount of teams, but there is still time to sign up. To register, contact Anne Bathauer at 928-279-3624 or Meins at 928-279-1164. Cost is $225 per team and the deadline is Wednesday, July 19. The two day-tournament is scheduled for July 22-23 on Centennial Park Fields 1-6.

“It’s just a good family event regardless if you play softball, if you knew him or if you know the family,” Meins said. “It’s morphed into more than just a softball tournament. It’s kind of a full weekend event. So we like to welcome people out, even if it’s just for an hour to buy some raffle tickets or have a hot dog and enjoy the weather.”

Stout knows that if her father was still around, he would be right there in the mix with everyone.

While John can’t be here to enjoy the time with friends and family, Meins knows he’ll be there in spirit.

“I have no doubt that he’s looking down on us smiling ear-to-ear, proud of the family for what we’ve done,” Meins said. “With tears in eyes knowing that it was all done because of him. Knowing how he was and just the way he treated people and wanted people to be treated, I think he’s very proud of all us keeping his memory alive and helping the kids out.”

The twins have always been around the tournament, but last year they were able to play in it and Meins knows that meant a lot.

“They’re great kids and they’re an extension of what he was,” Meins said of Matt and Mike. “They’ve always been out there and been involved in whatever capacity they could, but to actually be able to play in it for the first time was cool to see.”

Meins also mentioned Matt and Mike are looking forward to playing in the tournament again this year.

However, the event won’t just feature tournament action. Meins said there will also be a hitting competition, 50-50 raffles and t-shirts for sale. Raffle prizes include items such a Yeti cooler, BBQ and gift cards.