Mohave County Board of Supervisors present plans to balance budget 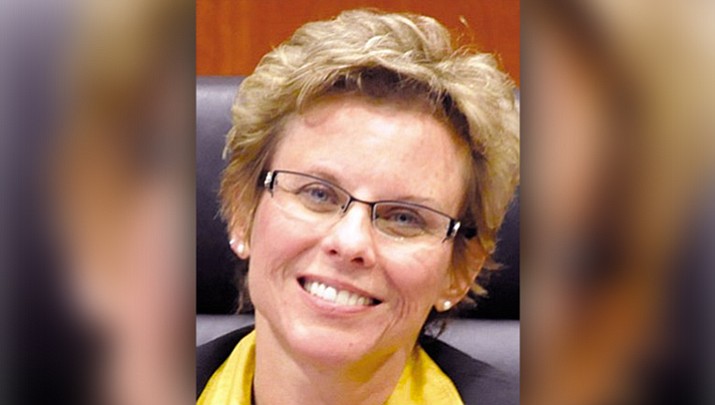 KINGMAN – The Mohave County Board of Supervisors will discuss proposals to cover the $2.8 million projected shortfall in the 2018 budget when it meets at 9:30 a.m. Monday at the County Administration Building, 700 W. Beale St.

It’s expected to be a lengthy meeting as each supervisor presents a plan to balance the budget.

Proposals so far include a 52-cent increase in the property tax rate that was approved 3-2 in June, a quarter-cent sales tax that requires a unanimous vote, sweeping unrestricted funds from other departments and cutting back on county expenses.

Supervisor Hildy Angius voted against raising the property tax in June, along with Supervisor Buster Johnson. She would rather see the quarter-cent sales tax, if any tax at all, going strictly to Mohave County Sheriff’s Office to fix the “compression” issue.

That’s what Sheriff Doug Schuster has termed the salary gap between new hires and deputies with several years on the job. The sheriff’s department is also down about 20 officers from full staff, he said.

“It is common knowledge that Mohave County pays the least amount of money in, I believe, all 15 counties,” Angius said. “We get new cadets, we train them and then they leave. And in a lot of cases, they don’t even have to move because they are going to municipalities – Bullhead City, Kingman and Lake Havasu City – who are more than happy to snatch them up and compensate them enough so they’ll stay.”

The board will hold a public hearing on adopting and levying a quarter-cent county general excise tax on businesses as allowed under state law, with the tax to be used exclusively for paying PSPRS and EORP.

Other items on the board’s regular agenda:

Approve and sign a letter of agreement for government affairs and related services between Mohave County and HighGround Inc., in conjunction with Sheryl Sweeney of Ryley Carlock and Applewhite law firm. The monthly fee is $12,000. This item was continued from July 3.

Approve the recommendation of the county administrator to appoint Carole Collins as Mohave County Public Fiduciary effective July 17 at an annual salary of $84,260.

Discussion with attorney about position, negotiations and strategies related to South Point Energy Center vs. Arizona Department of Revenue and Mohave County.

Request from TV2 to join other television stations offered through the Mohave County Television Improvement District.