What we learned at Wimbledon: Never count out Roger Federer 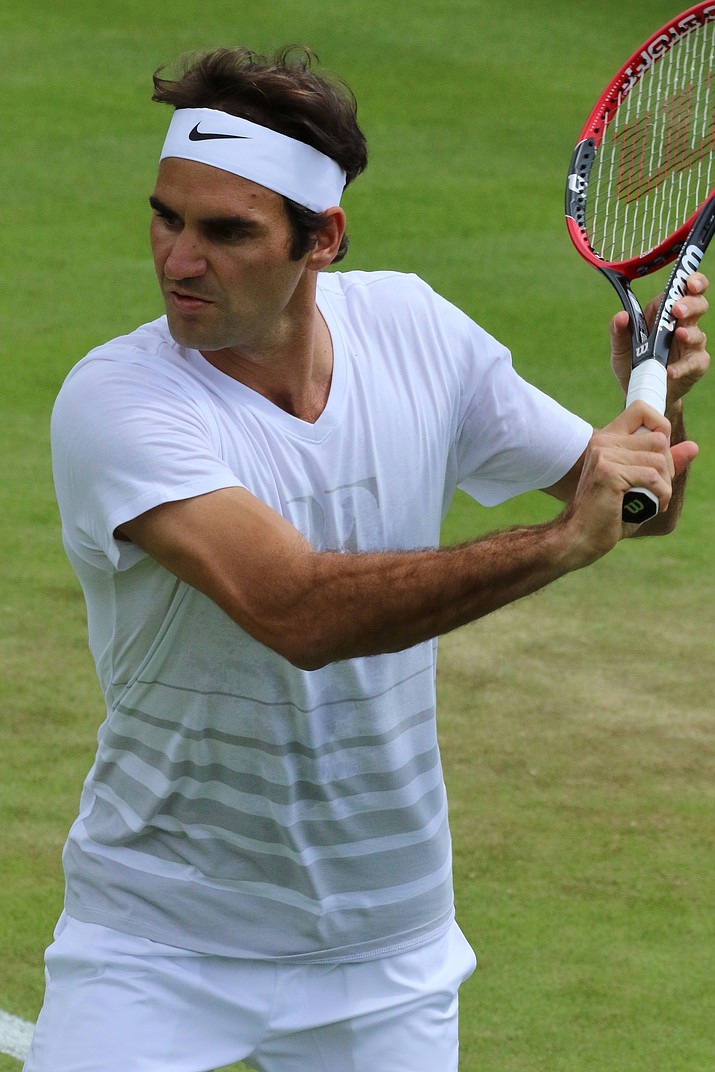 There have been times, though, when folks wondered whether he was done winning major tournaments. He was getting older. He went 4½ years without such a title. He was surpassed in the rankings by the other members of tennis' Big 4 as they began accumulating Grand Slam trophies — first Rafael Nadal, then Novak Djokovic, then Andy Murray.

Even Federer himself began to wonder. He took the last half of 2016 off to let his surgically repaired left knee heal properly and has returned to the top of the game. First, he ended his Slam drought by winning the Australian Open in January. Then, after skipping the French Open, he raised his major total to 19 by winning Wimbledon without a dropping a set, finishing the fortnight with a 6-3, 6-1, 6-4 victory over 2014 U.S. Open champion Marin Cilic in Sunday's final.

"Honestly, I'm incredibly surprised how well this year is going. How well I'm feeling, as well. How things are turning out to be on the courts. How I'm managing tougher situations. Where my level of play is on a daily basis. I am surprised that it's this good," Federer said. "I knew I could do great again, maybe one day, but not at this level. So I guess you would have laughed, too, if I told you I was going to win two Slams this year. People wouldn't believe me if I said that. I also didn't believe that I was going to win two this year."

Here's what else we learned during the 131st edition of Wimbledon:

Both Djokovic and Murray will consider taking some time off, the way Federer did, after their bodies caused them problems at the All England Club. Murray, the defending champion and No. 1 seed, lost in the quarterfinals while clearly hampered by a sore left hip. Djokovic, a three-time champion and No. 2 seed, stopped playing in the same round because his right elbow was too painful. "We both had a very long, very tough year, a lot of matches, a lot of emotions, a lot of things in play," Djokovic said. "Our bodies have taken a lot physically."

When Serena Williams missed a Grand Slam tournament, as she did at the French Open and Wimbledon because she is pregnant, the whole complexion of the event changes. Everyone knows it. All of a sudden, her older sister, Venus, is once again a title contender at age 37. Venus is the only woman to have reached at least the fourth round at each of the past six majors. She proved that her run to the Australian Open final (where she lost to Serena) was no fluke by getting to the Wimbledon final — her first at the grass-court tournament since 2009. She was the oldest finalist at the All England Club since 1994. Like Federer, no sense in trying to write her off.

Venus faded in Saturday's final, losing the last nine games against Garbine Muguruza, who became the only woman to have won a major title match against each Williams sister. Muguruza, who got past Serena in the 2016 French Open final, has stamped herself as a fearless, powerful force at 23, in position to accumulate big titles for years. Another woman who fits that description is Jelena Ostapenko, 20, who won the French Open last month, then followed that up by reaching Wimbledon's quarterfinals.

It's still been nearly 14 full years since an American man won a Grand Slam singles title (Andy Roddick at the 2003 U.S. Open), but one of them did get to the semifinals of a major for the first time since 2009: Sam Querrey, who upset Murray in the quarterfinals, a year after he upset Djokovic in the third round. "American tennis isn't that bad. I know it kind of gets a bad rep. That's just 'cause guys don't win majors. We've got four guys in the top 30, a great group of young guys," said Querrey, a 29-year-old from California. "To be in the semis is great. Hopefully myself and the other guys up there can have more weeks like this. Hopefully, you know, American tennis will get a little boost from this, maybe, and other guys will gain some confidence, and we can just have more and more guys go deeper in Slams."