Kingman Crossing gets the go-ahead with resolution from City Council 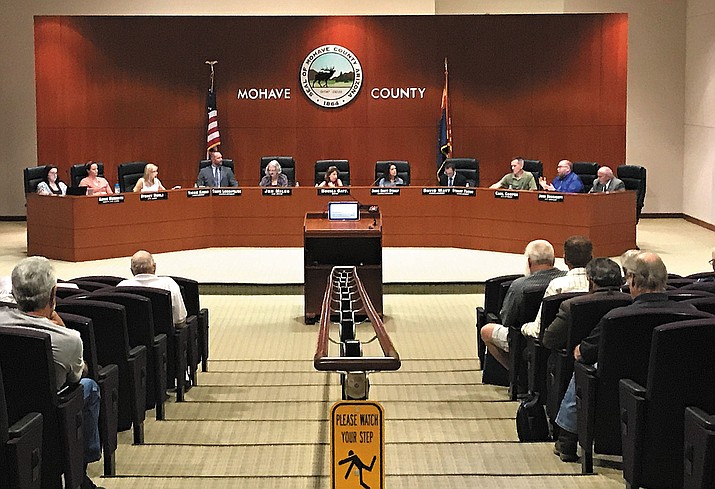 KINGMAN – There’s still no formal timeline, but the Kingman Crossing project is slowly inching along.

Kingman Regional Medical Center CEO Brian Turney submitted a letter dated July 5 to Mayor Monica Gates in support for the process moving forward and its commitment to work with the city as partners.

The letter stated that one of the objectives with the 160 acres of land purchased adjacent to its Hualapai Campus in 2016 was to attract much needed medical personnel as well as businesses with options for shopping and restaurants.

In the letter, Turney asked if city leaders shared the KRMC board’s objectives and visions and believed the city would make a good partner.

“Although all details can’t, and shouldn’t, be worked out ahead of time, I believe it would be very helpful for the city to determine its priorities concerning the Kingman Crossing,” Turney wrote. “I would respectfully ask (Mayor Gates) to facilitate the appropriate discussion, analysis and actions within the city leadership structure to determine what the city can and desires to do at this time to best ‘set the table’ to enhance the chances of Kingman Crossing becoming a reality.”

There’s more to the project than off-ramps and chain restaurants.

She’s worried her rates will go up once the insurance companies realize how long it takes emergency services to respond to an incident in the neighborhoods near the proposed crossing.

“That’s when you become a high-risk area and that’s when they start charging more for homeowners insurance,” she said, while calling for new police and fire stations to be built near those areas.

“Somehow you need to make a crossing, whether it’s the Kingman Crossing or (Rattlesnake Wash),” Schroeder said. “Public safety is first and foremost, and should be.”

The proposal was also met with public opposition.

Council meeting regular Doug Dickmeyer felt the item should’ve been tabled until alternative strategies regarding financing, rezone and contracts could be found and an agreement with KRMC could be vetted and put into legal text.

Former mayoral candidate Harley Pettit also wanted to postpone the item due to the vague nature of the KRMC proposal.

“We don’t know the appraised value of (Kingman Crossing). We don’t know what the money offer is going to be,” he said. “We don’t know if it’s for all or part of the property. We just can’t make a proper decision without all the facts coming in.”

Turney took a turn before the council in support.

“What we’re hoping as an institution … we want to start the dialogue,” he said. “I think I’ve been transparent with my original letter … I think this resolution starts that process.”

Turney was open to other options if the city feels them necessary.

Council discussion began with Councilman Travis Lingenfelter naming Cooper and Dougherty in regards to putting the right people in the right positions to handle the crossing’s development.

“No disrespect … but I think this is a new animal for you both,” Lingenfelter said. “Neither one of you have worked on a project this big.”

He suggested looking local for the talent to complete the crossing project.

“We certainly agree that there’s plenty of expertise,” said Gates. “This is just a tool that would allow the city manager and the city attorney to identify appropriate technical and legal expert help.”

Cooper was on board with finding proper people to make the Kingman Crossing project flow as smooth as possible.

“I just want to do what the council wants,” Cooper said.

The resolution directs staff to bring forward a report with recommendations no later than Aug. 31.

To view the KRMC letters from Mr. Turney or watch Tuesday’s meeting online at www.cityofkingman.gov.