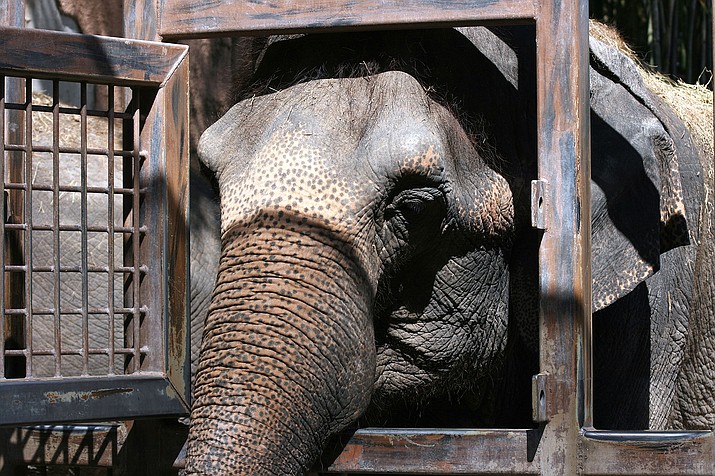 KINGMAN – A ban on circus animals could very well be one of the fastest City Council agenda items to go from discussion to ordinance in the history of Kingman.

How and what to do about Kingman Crossing is in its second decade as a topic of discussion for the council, and a decision whether to pursue Palo Christi as an option to house city facilities hasn’t been made yet after more than a year since it first got the attention of City Council.

A ban on using circus animals landed on the council’s agenda by Mayor Monica Gates, and it appears that an ordinance will be presented to council for approval at the Aug. 15 meeting.

“I’d like to encourage the city to move this along as strongly and quickly as possible,” said Councilwoman Vickie Kress.

City Attorney Carl Cooper is looking at the West Hollywood, California Municipal Code Title 9 as an example of the wording Kingman could use. “It shall be unlawful for any person to cause or permit the display or performance of any wild and exotic animal for any commercial purpose on any public or private property within the city,” the West Hollywood code reads.

“This is clean cut and straightforward,” Cooper said at the meeting. “I think we just want to be sure we don’t interfere with 4-H and rodeo activities.”

Along with the West Hollywood code, the Kingman ordinance will define “domestic animals” (livestock, companion animals or both), “performance” (circuses, rides, shows, etc.) and “wild and exotic animal.”

“We should move forward with this,” said Vice-Mayor Jen Miles. “I like the exemptions put in place like educational activities or those endorsed by sanctuary associations.”

Jonathan Kraft, founder and executive director of Keepers of the Wild in Valentine and “a voice for the voiceless” (the animals), spoke and presented a video on the mistreatment of these animals.

The council easily agreed to direct Cooper to bring an ordinance to the Aug. 15 meeting by a unanimous vote, 7-0.