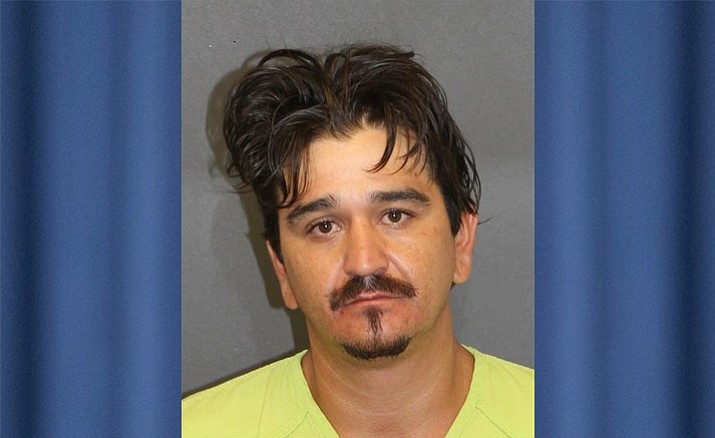 KINGMAN – Sonny Lee Clark, 36, of Kingman, was arrested Tuesday for suspected burglary, criminal trespassing and possession of drug paraphernalia, all felonies, along with misdemeanor criminal damage.

Kingman Police Department received a call from a victim reporting that Clark, an acquaintance of her son, had kicked in the front door of her home in the 1700 block of Jefferson Street.

Clark had left the home by the time officers arrived. A short time later, another person called police and reported that a man matching Clark’s description had been banging on her front door in the 1700 block of Broadway Avenue.

Officers saw Clark in the area and he attempted to run, but they were able to apprehend him. He denied involvement in the incident, even when he was presented with video footage showing his involvement.