Five free things to do in Kingman 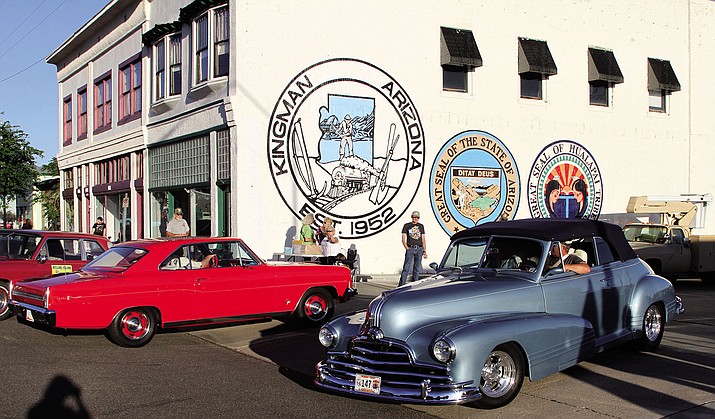 It may seem like the endless summer when the sun is scorching the desert in the middle of July and your air conditioner is taxed to the max, but summer fun must eventually end.

With a couple months remaining in the season, there’s still plenty of fun things to do, and most of it’s free, or close to free.

You can stargaze in the Hualapai Mountains, go on a walking tour of historic downtown Kingman, watch a softball game at Centennial Park, hang out at the pool, or spend time at the library. The list is only as limitless as your imagination.

Here’s five free things to do in Kingman before the end of summer:

The monthly car show and block party revs up the downtown area on the third Saturday of each month from April through October, drawing hundreds of classic car enthusiasts to a scene out of “American Graffiti.”

It’s a relaxing night of socializing and mingling with classic car and truck owners who travel from around Mohave County and Las Vegas to share stories about their special machines.

The party starts at 5 p.m. on Beale Street, between Fourth and Fifth streets, and usually goes for about three hours with food, vendors, music and a free movie added this year. 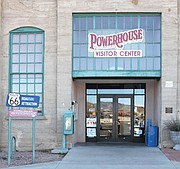 Anyone is welcome to show their car, and there’s no entry fee. Each car receives a dash plaque for participating, and the Car of the Month gets a trophy presented by local businesses.

This nonprofit organization has been providing a free summer concert series since it was formed in 2010.

The Rivals will play the next concert at 5 p.m. Aug. 13 at Metcalfe Park, marking the fourth appearance of this family group for Sounds of Kingman. They recently played the stage at Black Bridge Brewery.

The band features Cardo Diaz on percussion and vocals; Robert Diaz on guitar and vocals; and David Diaz on bass and vocals. They play a blend of ska and rock music.

The park is shady and pleasant, even in the heat and wind. Bring your blankets, lawn chairs, picnic basket and coolers, and enjoy the best music Kingman has to offer for a price that can’t be beat. 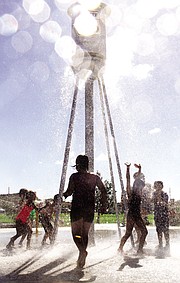 While not free, admission to the Route 66 Museum at the Powerhouse Visitor Center is pretty cheap. It’s $4 for adults, $3 for seniors and free for children up to 12 years of age. Hours are 9 a.m. to 5 p.m. daily.

Admission to the Route 66 Museum also gets you into the Route 66 Electric Vehicle Museum, displaying the largest collection of electric cars in the world, the Mohave Museum of History and Art and the historic Bonelli House.

It was built for the kids, but there are no rules against adults getting drenched by this cool water feature at Cecil Davis Park, Southern Avenue and Van Buren Street.

The Splash Pad, with its 15-foot replica of the water tower on Route 66, opened last September after $250,000 was raised by the Venture Club of Kingman. Hours are 10 a.m. to 6 p.m. from June through September.

Users of the Splash Pad push a button to start the four-minute run cycle, and recent reports indicate the equipment is being abused. Kingman Parks and Recreation Department has already had to repair minor damage to the sensors.

So play nice or there’ll be no playing at all.

It’s part outdoor adventure, part treasure hunt. Geocaching involves searching for hidden “caches” that are tracked by GPS coordinates, so all you need is a GPS device or smartphone to get started.

It’s a favorite activity for frugal families. Just go to geocaching.com and type in your home address or somewhere you’ll be walking or hiking, and you’ll likely find geocaches stashed in the area.

Pick one of the coordinates for your GPS or use the app on your smartphone and head out the door, using your handheld device as a treasure map. Who knows what you might find out there.

Tourism director hopes to attract modern-day treasure hunters to area
4 places to keep your cool when it heats up
Donations of rare electric vehicles keep coming, despite lack of space
From splash pads to pools, here are some ways to beat the heat for the rest of summer
Kingman Powerhouse wins governor's tourism award
Event Calendar