Councilman Stuart Yocum arrested for DUI to the slightest degree 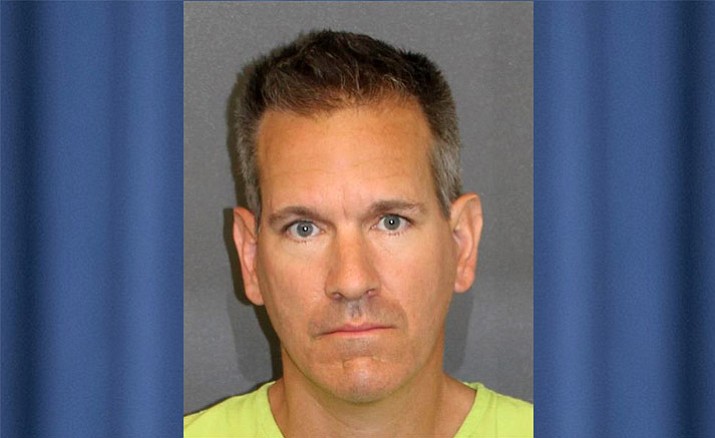 Councilman Stuart Yocum was arrested for driving under the influence Wednesday night.

According to Kingman Police Deputy Chief Rusty Cooper, an officer noticed a vehicle driven by Yocum, 47, traveling at 45 mph in a 25 mph zone near Hall Street and Broadway Avenue. Yocum reportedly ran a stop sign and was stopped by the officer.

After submitting to roadside sobriety testing, Yocum was taken into custody for DUI. Further testing reportedly revealed his blood alcohol content to be approximately .12 percent.

He was booked into the Mohave County jail, charged with DUI to the slightest degree and DUI with a BAC above .08 percent.

Yocum has been a member of City Council since 2014. He defeated Kent Simmons in a runoff election by a seven-point margin.

Yocum’s campaign was about no new taxes and job creation.

Yocum lobbied hard in in March 2016 for the appointment of Michael Moreno to the Clean City Commission.

A few weeks prior to the City Council discussion regarding Moreno’s appointment, he was arrested for DUI himself. Yocum acknowledged at the time he was a passenger in Moreno’s car.

Yokum had made the motion for Moreno to be placed on the commission, but the rest of the council had reservations.

The motion died with the added information that Moreno had spent two years in prison for breaking probation on a second-degree burglary conviction in Mohave County in 2010.