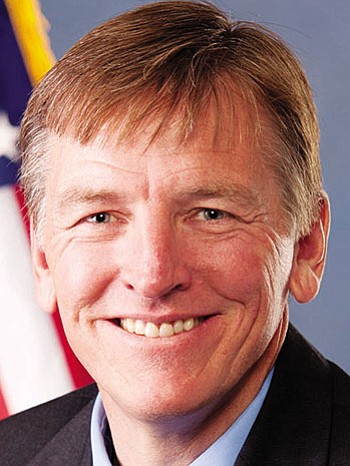 “I want to make Fish and Wildlife follow the law,” Gosar said. “If there are any changes made on the lake, they have to follow the law. (Tuggle) did not follow the law, and there need to be consequences. I’m not done with Fish and Wildlife … I probably can’t get Tuggle fired, but I can get him relocated. I’m looking for a deserted island that he can have jurisdiction over … maybe someplace out near the Bahamas.”

Gosar last April questioned former USFW Director Dan Ashe about the closures, which he said could severely damage the Havasu region’s economy. According to statements made by Gosar last year, the director was unaware during questioning by the House Natural Recourses Committee of the possible socio-economic effect such a closure would have. But Gosar says that it was Tuggle who acted beyond the intention of federal law.

Tuggle has been an employee of USFW for 38 years, and has served as Southwest Regional Director since 2005. Tuggle is responsible for the region’s endangered species, migratory birds, fisheries and aquatic resources oversight, the Southwest’s National Wildlife Refuge Administration, water resource development, wetland and upland habitat protection, conservation, restoration and related conservation issues as they pertain to fish and wildlife resources in Texas, Oklahoma, New Mexico and Arizona.

Attempts to contact Tuggle by telephone were unsuccessful as of 5 p.m. Thursday.