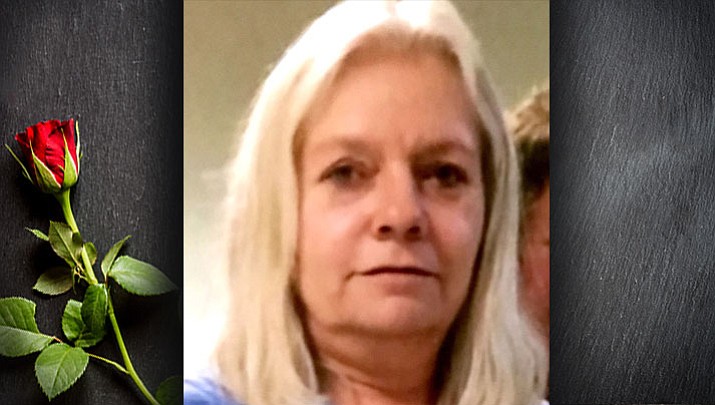 Lela Mae Rael, 61, of Kingman, Arizona passed away on Saturday, June 10, 2017, at Kingman Regional Medical Center after a short battle with cancer. She was born September 30, 1955, in Tyler, Minnesota to Raymond and Fern Nelson.

She is survived by her loving husband; Fred Rael, their four children; Antonio (Tiffany), Alicia Harkey, Aaron (Jennifer), and Angela Miller (Josh), their 15 grandchildren, her four sisters; Linda Nelson, Linette Fricke (Bob), Loretta Mead (Larry), and Laurel Meyenberg (Rick) and numerous nieces and nephews. Lela was preceded in death by both of her parents.

Lela grew up in Balaton, Minnesota on her parents’ farm. After high school Lela moved to California where she met her husband, Fred, while he was serving in the U.S. Navy. They married in Balaton, Minnesota at Sillured Lutheran church in February 1976. They spent the first two years of marriage in Minnesota where their first child was born. They then moved to Phoenix, Arizona where their three other children were born, and in 1986 Fred and Lela moved to Kingman, Arizona where they continued to raise their children for the next 31 years.

During her time in Kingman, she raised her four children, while volunteering her time in: the youth ministry alongside her husband, the Colombian Ladies with the K of C, and she contributed to the support of her family by working at St. Mary’s, JC Penney, and Tri-State Auto Glass. Lela participated in bowling leagues and supported her family in all of their various activities.

Over the years, Lela opened her home to so many and has impacted the lives of all those around her. She was the smartest, most understanding, loving and supportive person we have all known. We hope to have half the positive impact on people that she did. She will be greatly missed. We love you, om!

Services will be held in Kingman on Monday, June 19, 2017 at St. Mary’s Catholic Church, 302 E. Spring St.; Rosary will be at 9:30 a.m. and funeral mass at 10 a.m., with internment at Mountain View Cemetery, 1301 Stockton Hill Road, immediately following the funeral mass.

A celebration of life will be held at the Rael family home.

In lieu of flowers the family is requesting donations be made through PayPal. Please contact the family for account information. All donations will be sent to KRMC for all of the comfort, compassion, and support they have provided during Lela’s stay.