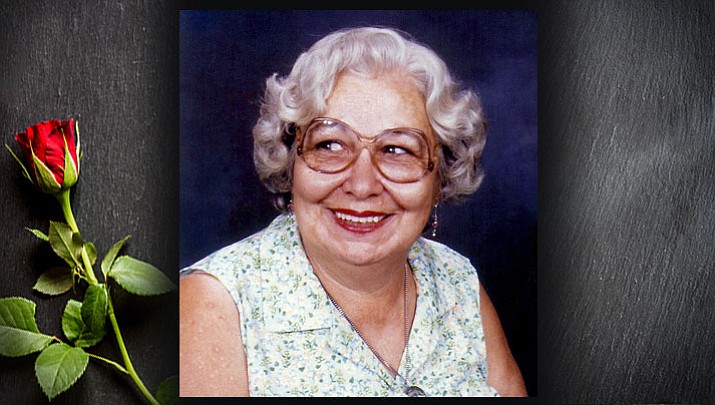 In the 1950s, as a single mother, she moved herself and her three children to California. She worked at Latchford Glass Company in Huntington Park, California as a bottle inspector. It was there she met the love of her life, Walter Horsch. They only knew each other for a week when her best friend dared them to get married. They married that night in Las Vegas.

They remained married for 20 years until his passing in 1975. They raised three of her grandchildren together and created fond memories in Norwalk and Riverside, California. In 1987, Victoria moved to Golden Valley, Arizona where she lived in the same house until her passing.

Victoria enjoyed the little things in life: fishing, cooking, slot machines, Budweiser and Nintendo. She was known for her tough but sweet personality. She was very giving, spunky and hardworking. She was a real fighter, surviving cancer five times over a span of 17 years.

Victoria Horsch is survived by her brother-in-law, Charlie O’Reilly; five grandchildren, Debbie Proudfoot, Tim Platt, Walter Platt, Vicky Knight and Elizabeth Glass; 11 great-grandchildren; and 10 great-great-grandchildren. She will be laid to rest next to her beloved husband, Walter Horsch, and children, Paul Swander and Silvia Platt, at Rose Hills Memorial Park in Whittier, California. She will be dearly missed and never forgotten.