The Roadrunner Cafe downtown will reopen as Federico’s 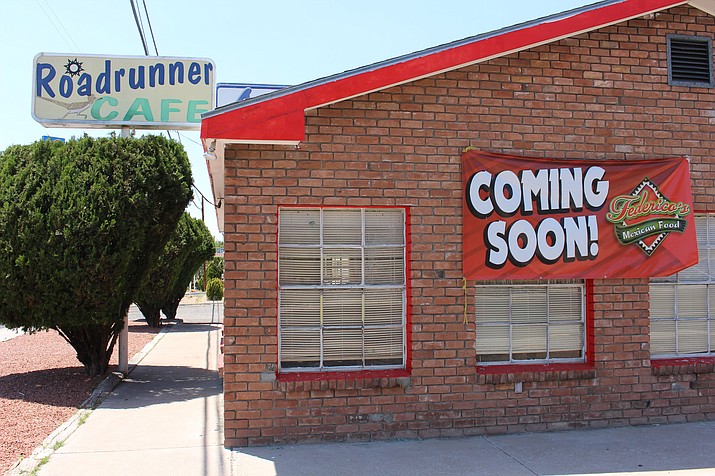 The Roadrunner Cafe may be closed, but will soon reopen as Federico’s Mexican restaurant.

It will be the second location for Federico’s, which is currently operating at 1470 E. Northern Ave.

Federico’s offers traditional Mexican fare such as tacos, burritos, tostados and enchiladas, and is operated independently of Federico’s Mexican restaurants in the Phoenix area.

“Business has been really good for us and we’re looking to expand and invest in downtown,” said Cardenas, who has owned Federico’s for about two years. “You can tell there’s a lot more movement downtown, a lot more businesses opening up.”

The Roadrunner served breakfast and lunch, and was mostly reviewed favorably on a number of online sites.

“Really tasty pancakes and waffles,” Rui B of Kingman wrote on Yelp in 2016. “Service was superfast and very friendly. The place also looks really cute inside. The decoration is really good.”

The diner is just a few blocks off Interstate 40 at 401 W. Beale St. in downtown Kingman, next to the Arizona Inn motel, but remained fairly anonymous with travelers.

It had been in business for many years and complemented Route 66 vintage diners such as Mr. D’z, Calico’s and Rutherford’s.

Barry Jones, former owner of Roadrunner Café, said business dropped 30 percent when gasoline prices rose to $3 a gallon and it never really recovered. He had to increase prices in 2014, charging $7.49 for a breakfast that was a deal at $4.99 for two eggs, bacon and toast.

“I went up based on what other people are charging around the city,” Jones told the Daily Miner in 2015. “We had the lowest prices in town. Bacon went up, beef went up. Of course, right now it’s eggs. I was paying $25 a case and now it’s $45.”

Along with higher food costs, he had to deal with an increase in minimum wage, which went up to $10 an hour this year.

Federico’s giving downtown a try, too
GV's Golden Grill gets a new hue
Arson suspected in Rosie’s Den fire
Kingman merchants try to hold the line on prices as they confront increasing costs
Keeping It Straight: Chicken in the Rough: Road Food Supreme