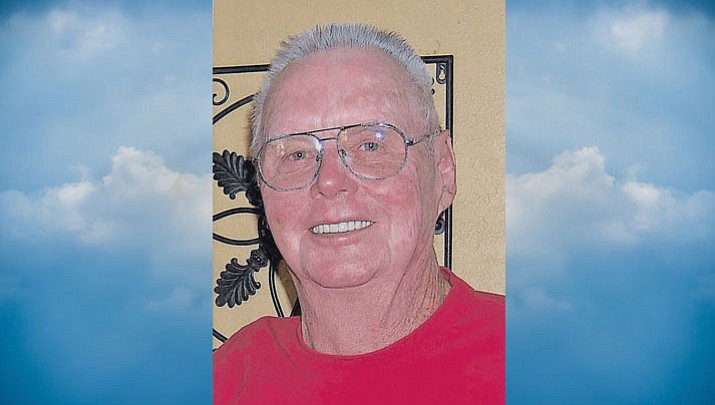 Robert (Bob) Field was born May 15, 1931 in Elgin, Illinois. He moved to Kingman, Arizona from Adams-Friendship, Wisconsin and was a nine-year resident of Kingman, where is passed away, on March 9, 2017.

Bob graduated from Elgin High School in 1949. He worked as a lineman for Illinois Bell from 1954-1987 when he retired. He was a member of the Korean War Veterans and a member of Grace Lutheran Church. Bob was in the Marine Corps from February 1951 – February 1954 obtaining the rank of Buck Sergeant.

Bob, Dad, and Grandpa were the names he was called. He enjoyed hunting, fishing, boating and square dancing. Most of all, he enjoyed spending time with family and friends.

He was preceded in death by his parents Valentine and Emma Field. He is survived by his wife of 65 years, Arden Field of Kingman, Arizona; daughters, Roberta (Bobbi) Field-Heine of Kingman, Arizona, Heather Field of Madison, Wisconsin, Sue Reinert (Phillip Miles) of Hancock, Wisconsin; grandsons, Chris (Danielle) Field of Arlington, Virginia, Kevin (Beth) Field of Knoxville, Tennessee, Evan (Brandy) Reinert of Baraboo, Wisconsin and great-grandsons, Zak and Kartr Reinert of Baraboo, Wisconsin; and another great-grandchild on the way. He is also survived by many nieces, nephews, great nieces and nephews.

In lieu of flowers, donations can be sent to Wounded Warrior Project – online or USO – online.