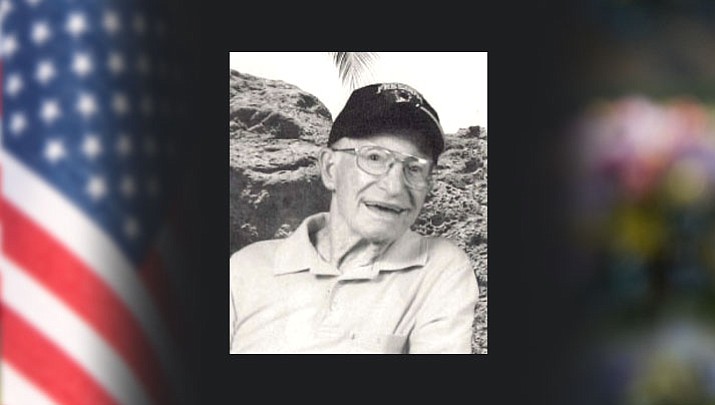 Tommy Gene Love was born in Quinter, Kansas to Ada N. McAnally Ailes and Walter Love. He was preceded in death by his mother and father, older brother, O.J. Love, younger brother, Donald Love, and his first wife, Joyce Love.

He was raised in Santa Ana, California and graduated from Santa Ana High School in 1949. Tom proudly served his country in the United States Army and the 40th Infantry Div. U.S. Army National Guard, fulfilling his 20 years of service. He was a veteran of the Korean War and rose through the ranks to captain.

Tommy was employed as a quality engineer by McDonnell Douglas and Rockwell International on the Gemini, Apollo and Space Shuttle programs.

Tommy and Ellen moved to Valle Vista, a suburb of Kingman, Arizona in 1990.

He was also a crooner at Valle Vista Karaoke and the Katherine Heidenreich Adult Center where he collected a number of friends and many female admirers over the years.

He will be missed by many.