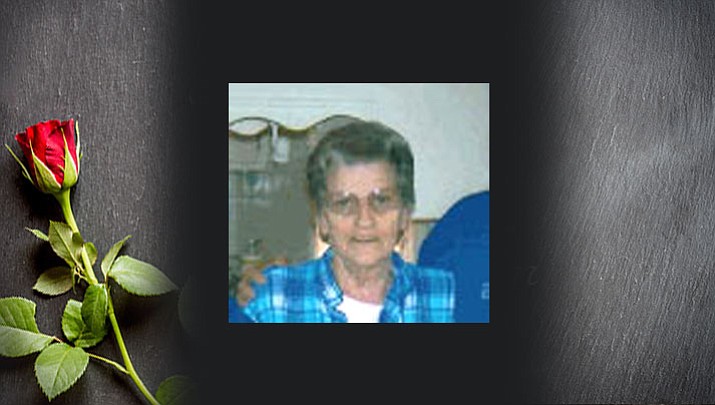 Delores Evelyn (Stoll) Brown passed away peacefully March 16, 2017 with her family at her side. Dee was born February 28, 1934 to Rudolph and Marion Stoll in Piedmont, South Dakota and married Walter Brown on April 3, 1959.

Delores was preceded in death by her husband of 47 years, Wally, her parents, brothers Rudy, Duane, Ardell, Richard, Daren and Randy Stoll; and her sister Merrillyn Smith.

Dee and Wally moved to Kingman in 1964 where they built their home and raised their family. She worked at the Peppermint Shop and Kingman Bakery Shop in the 70s, but was primarily a stay-at-home mom. She was a Girl Scout leader, wrote articles for the Kingman Daily Miner (Girl Scout news), a coach for girls softball, and a pitcher for a women’s softball league.

Dee and Wally were active Kingman Bulldog Boosters. They especially enjoyed Bulldog football in the 80s, and later on, watching their grandchildren playing football, soccer, and motorcycle and desert racing, as well as watching their granddaughter, Randee, pitch for the Lady Bulldogs.

Delores requested that there be no services.