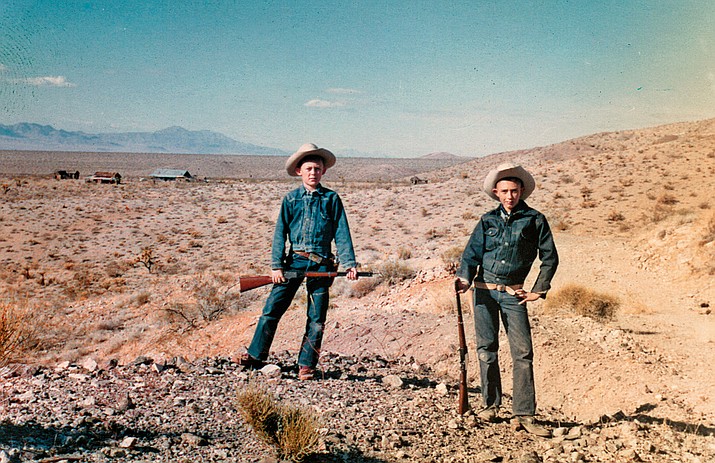 Bob Bell, left, and Dan Harshberger went out on a Sunday adventure in the foothills above While Hills Ghost Town in the 1950s. This photo is in their book, “The 66 Kid.”

They grew up as Kingman residents and are offering the book as a “love letter” to their hometown. It was featured in the Daily Miner prior to its release at the International Route 66 Festival in 2014.

Both Bell and Harshberger worked at gas stations along Route 66 during its heyday and wanted to document what it was like and where the major businesses were located.

“If there’s one thing we can both agree on, it’s that we wanted to preserve an accurate statement of what Kingman was like in the ’50s and ’60s,” Bell said.

Bell, who was inducted into the Arizona Music and Entertainment Hall of Fame last year, will also be the featured speaker at Saturday’s Tap Duncan Family Reunion at Grand Canyon Western Ranch.