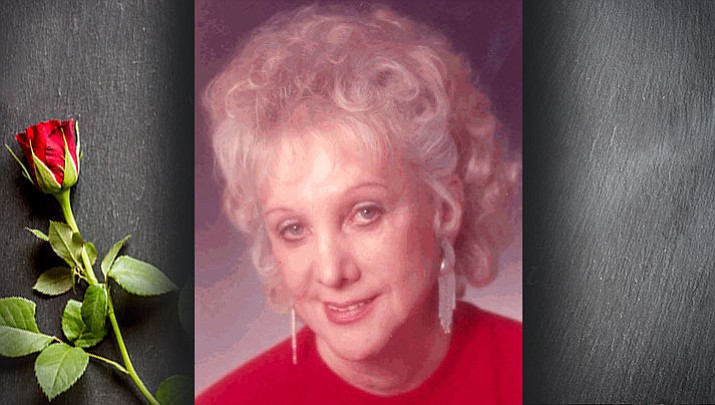 Patricia Jeanne Barbour-Robertson passed away peacefully at her home on Sunday, April 30, 2017 surrounded by family.

Patricia graduated from Michigan State University in 1947, receiving a B.A. in education and majoring in foreign languages. Patricia worked as a social worker in Detroit, Michigan and also as a substitute teacher for grades K-12.

She and her late husband of 37 years, Charles Barbour, raised their three children together in Michigan until moving to Kingman, Arizona in 1968. After a 1973 recall to Ford Motors in Dearborn, Michigan, Patricia returned to Kingman in 1994.

Patricia is preceded in death by her son, Gregory Barbour, and grandson, Blake Barbour.

Patricia always stayed active and was involved in numerous activities, which included teaching adults to read, acting as president of Dearborn, Michigan Toastmistress Club, and City Council member in Kingman, Arizona. Patricia was very passionate regarding politics and was chairwoman on Reagan/Bush committee, 15th congressional district, and served as a delegate to the Republican National Convention in 1980 and 1984. She was president of the Kingman Republican Women’s Club, appointed by President Reagan to the National Commission on Libraries, and organized the Happiness of Women (HOW) promoting women in families.

She organized Kingman Senior Singles with 140 active members. She served on the board of the Kathryn Heidenreich Adult Center and Friends of the Library.

A service will be held at 11 a.m. May 5, 2017, at Trinity Episcopal Church on Spring Street in downtown.

In lieu of flowers, donations can be made to the Cornerstone Mission Project in Kingman.