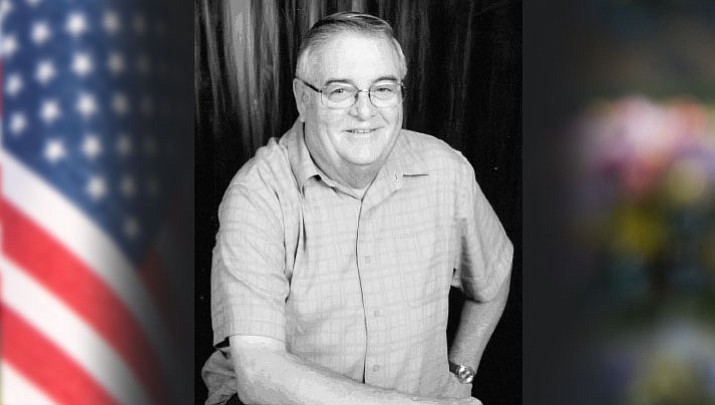 Our beloved husband, father and grandfather, David Alfred Brooks, died peacefully on April 11, 2017, after a brief illness. He was born on May 16, 1945, in Trenton, Michigan.

Dave met Janet, his high school sweetheart, at Our Lady of Lourdes High School in River Rouge, Michigan, and they were blessed with nearly 52 years of marriage.

David proudly served in the United States Air Force and was stationed in Biloxi, Mississippi and England.

After returning home to Michigan, Dave and Janet were blessed when they became proud parents of daughter, Rita. They resided in southwest Detroit and Lincoln Park, Michigan. During this time, he attended R.E.T.S. Electronics School and Henry Ford Community College while working for the Peerless Cement and the Scott Paper Companies.

A job opportunity brought the family to Kingman in 1978. Dave was the Plant Manager at the Genstar (Flintkote) Lime Plant in Peach Springs, Arizona. He finally retired from Southwire (General Cable) after 20 years, where he served as a maintenance supervisor and purchasing manager.

He was a very, very special, kind and talented man who was always willing to help someone. Everyone has their own special "Dave Story," and he will be deeply missed by all who loved him.

His hobbies included bragging about his grandchildren, reading, golfing, playing cards, tinkering with electronic devices, watching the Detroit Red Wings and working in the yard. He has been a member of St. Mary's Parish for 38 years and served as an usher, president of the Parish Council, and as a Eucharistic Minister.

He was preceded in death by his father, Alfred Brooks, mother and stepfather, Marion and Robert Bellmore, and sister, Patricia Fletcher.

The family extends its most heartfelt thanks to all who prayed for Dave and to all the wonderful people at KRMC, ARCU, River Medical, Barrow Neurological Institute, The Haven of Scottsdale, The Gardens and The Joan and Diana Hospice Home. We are forever grateful to everyone who helped Dave in any way during his illness.

In lieu of flowers, we ask that donations be made in Dave's name to The Joan and Diana Hospice Home.