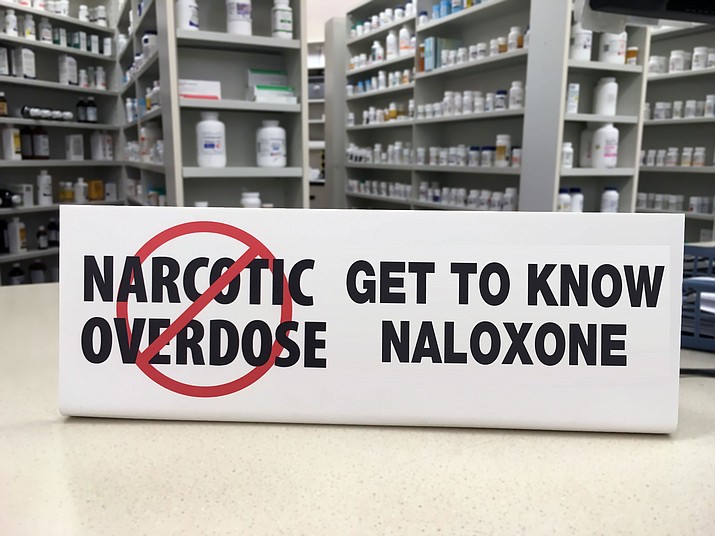 Sonoran Prevention Works) – One year ago Friday, Governor Doug Ducey signaled his commitment to ending the opioid overdose epidemic by signing HB 2355 into law. This law expands access to naloxone, the overdose reversal drug, making it easily obtainable by family members, community members, and most importantly people who use opioids.

Arizona is in the midst of a crisis that is devastating families in every region of the state. In 2015, 1,274 people died of an overdose, the highest number the state has ever recorded, according to Center for Disease Control. The majority of these deaths are related to opioids, and specifically to prescription opioid painkillers. However, heroin deaths are on the rise, with a 1,400 percent increase in deaths between 2005-2015 for young people in Arizona, according to data collected by Arizona Department of Health Services. Unfortunately, many of these overdoses may have been prevented with proper education about drug safety, harm reduction, and overdose response.

To reduce the chance of accidental overdose death, it is important to convey realistic education about risk reduction for people who use opioids, whether legally or illicitly. This includes messaging around using less than a person is used to if using after a period of recent abstinence; not mixing opioids with alcohol or other drugs; and developing an overdose response plan with friends and family.

Naloxone, also known as Narcan, is a crucial tool to assist a person experiencing an opioid overdose. The medication has been used in the emergency medical setting since the 1960s, and by laypeople in the U.S. since the mid 1990s. It is easily administered through an injection or a nasal spray, and can be the difference between life or death in the moments waiting for paramedics to arrive to an overdose scene.

A local nonprofit called Sonoran Prevention Works has been distributing naloxone throughout the state since September 2016. In January 2017, they began a partnership with AHCCCS (the state Medicaid office) as part of the Governor’s strategy to reduce overdose death across the state.

“Our priority is to put naloxone into the hands of people most likely to witness an opioid overdose, and those people are often opioid users themselves,” says Haley Coles, the Executive Director of the organization.

Sonoran Prevention Works provides training on overdose prevention, recognition, and response using naloxone to behavioral health agencies, emergency departments, law enforcement, and family support groups, among others. They also distribute free naloxone kits to any person who may be in a position to assist an overdose victim. Since September 2016, they have dispensed 8,145 free naloxone kits and had 720 reported uses of the medication to revive an overdose victim.

Claire McLoone, a social worker and instructor at Arizona State University School of Social Work, states that “The high number of overdose reversals by Sonoran Prevention Works is hugely impressive, but the relationships built through distributing naloxone to people who need it most is also a vital part of the impact they have on the community. SPW has a unique expertise in the practice of harm reduction, which Arizona desperately needs. It’s the only agency providing this crucial care to prevent tragedy for countless families.”

Learn how to help during an overdose with Sonoran Prevention Works training Saturday
Column | Overdoses aren’t the only preventable harms of opioid use
Kingman Harm Reduction Program provides measures needed to save lives, will be remembering loved ones affected by overdose
Identifying, reversing an opioid overdose
What Baltimore can teach Arizona about fighting fentanyl overdoses