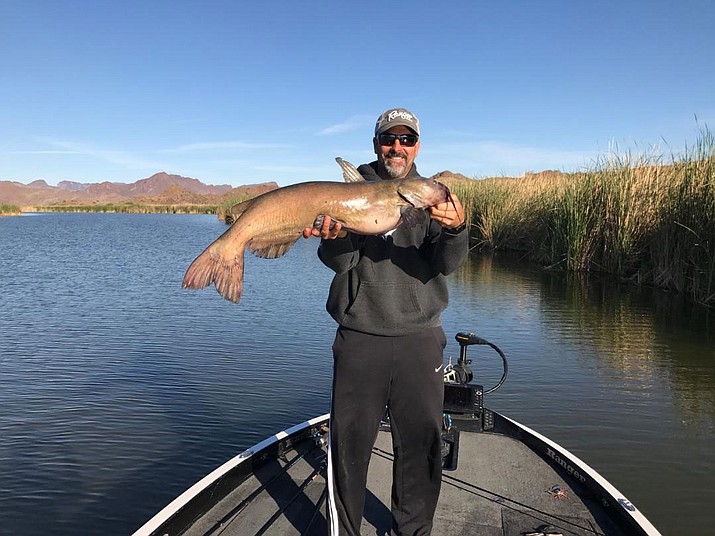 There is still time to enter the largest overnight team striped-bass fishing tournament of the year at South Cove on Lake Mead.

Stripe-R-Rama has been sponsored by local hotel and motel magnate John Patel for over 26 years.

Patel is once again stepping up and providing prizes for every person who enters this overnight tournament. You can’t lose. Show up for the weigh-in and each angler will get to take a prize off of the table. Past prizes included fish finders, marine batteries, rods and reels, nets and ice chests.

This tournament allows just two persons a team, and only 40 striped bass can be brought to the scales. Striped bass are the most prolific sport fish in Lake Mead and they number in the millions. This tournament actually helps out this fishery.

According to one angler, 28 teams have already signed up for the tournament and been given start numbers. Up to 10 more teams are expected to sign up on Saturday. Cost to enter is $75 per team and entries must now be paid in cash.

The tournament starts at 7 p.m. Saturday and ends at 7 a.m. Sunday. The fish will be weighed at Fisherman’s Landing in Meadview after the teams have checked in.

There will be prizes, plaques and cash awards to teams that qualify. There will be plaques given to the team that weighs in the two largest stripers of the tournament.

The top five teams who bring in the heaviest stringers will win trophies or plaques along with cash.

Anglers must be licensed either in Arizona or Nevada, and all game and fish laws must be followed. Any team cited for a game and fish violation is automatically disqualified from the tournament. All fish must be kept on ice.

For those anglers who decide not to take home their catch, a local church in Meadview will accept them. Tournament sponsor John Patel will also accept all fish that anglers want to donate.

For further information, contact tournament director Johnnie Hoeft at 928-716-2616 or by email at guidehunter@hotmail.com.