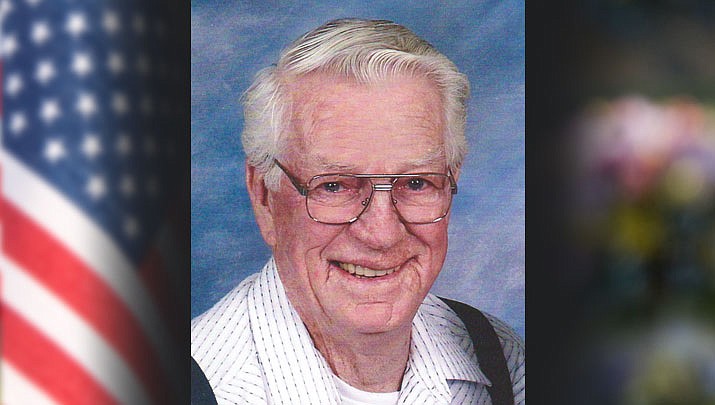 Ron attended schools in McCook Lake, South Dakota, Roosevelt Elementary and graduated from Scottsbluff, Nebraska High School. After graduation he worked on a ranch with his brother-in-law until he could join the U.S. Air Force in 1951. He became an Air Force policeman and after completing his training he served a tour in Korea. When he returned, he was stationed in San Bernardino until he was transferred to Kingman in 1955.

At that time the Air Force was just starting the complex on Radar Hill in Kingman and Ron was the first airman to be sent to Kingman, a fact that he was very proud of.

In 1956, Ron married Gerry Pinkerton and to this union were born three children; Dan, Chris, and Debbie. He later married Ann Attebery and added her three children to his family; Ruth, Kelly and David. This combined family led to twenty one grandchildren and at the time of his death there are fifty three great grandchildren.

He held many jobs in the Kingman area including Central Commercial, Ford Proving Grounds, Levy Trucking and the Arizona Department of Transportation where he retired as a Project Supervisor in 1983. He later managed the Kingman Country Club and sold cars for both Jim Hill and Martin Swanty.

He was a dedicated golfer after he retired; he played until his health no longer permitted.

Ron was preceded in death by his parents, sister, Karen Miller, and daughter, Kelly Arnold Tutch.