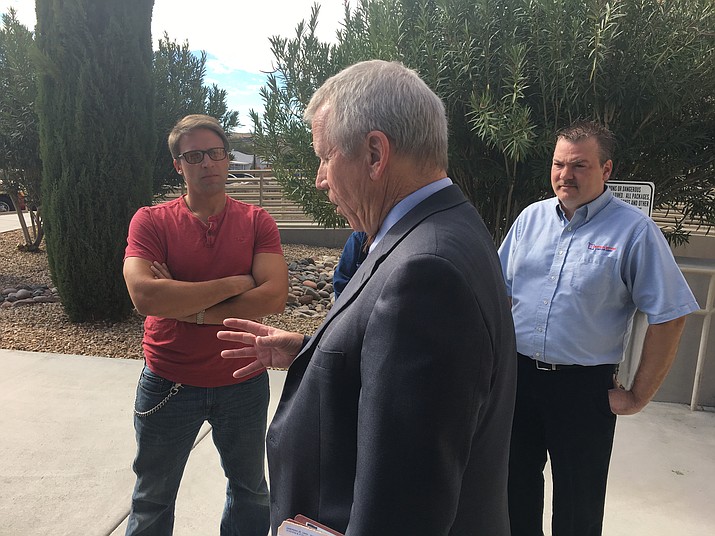 KINGMAN – Chris Cranston made another trip to Kingman from his North Carolina home and heard lawyers discuss the admissibility of evidence Monday in the murder case of his brother, Sidney Cranston Jr.

He’s getting a little impatient waiting for a trial date to be set for Alfredo Blanco, accused of killing Sidney Cranston in June 2015 and burying his body on a ranch about 40 miles east of town.

At Monday’s hearing, defense attorney Robin Puchek requested written and oral statements of co-defendant Bill Sanders, who was a friend of Blanco and eventually led FBI and Mohave County Sheriff’s deputies to Cranston’s body in January.

Sanders is charged with concealment of evidence and tampering with a dead body, and is free on his own recognizance.

Puchek also requested production of specific items, email history, statements from jailhouse informants and other witnesses. He wants to identify admissibility of depositions, materials and witness interviews, zeroing in on the admissibility of polygraph evidence of Sanders.

“We’re still way off from trial,” Puchek told the judge.

The state has gathered more than 700 pages of evidence disclosure from the FBI and other law enforcement agencies investigating the murder.

Blanco worked as a handyman and property manager for Cranston and was last seen with him on June 16, 2015. He had collected $1,600 in rent payments.