Agatha Christie’s classic ‘who done it’ on the big screen 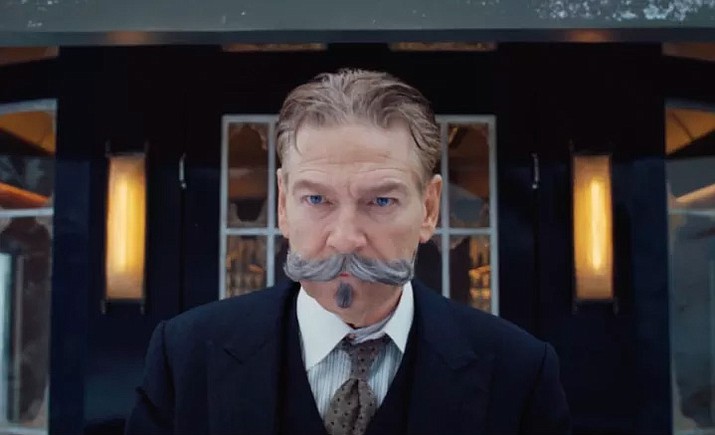 “Murder on the Orient Express” the latest murder mystery which came out Friday and is based on the famous novel by Agatha Christie, is a throwback to the classic era of Hollywood thrillers with a set number of suspects all given unique monikers (i.e. The Professor, The Butler, etc) and all under the scrutiny of famed detective Hercule Perot.

Perot, played by actor Kenneth Branagh and whom is also this film’s director, must tease out which of his fellow travelers on the famous Orient Express is a murderer as he works his way through a tangle of lies and an ever darkening backstory which connects victim to the suspects. This movie boasts one of the most impressive casts that I’ve seen in a while with Michelle Pfeiffer, William Dafoe, Dame Judy Dench and that’s just to name a few. All give top notch performances however the script and the compression of such a well-known mystery book doesn’t always give them much to work with and many just fade into the background.

What works in this movies favor are a number of traits including setting, cast, cinematography and, surprisingly, humor. Despite the dark subject matter “Murder on the Orient Express” isn’t afraid to poke fun at itself at times and as such lends the movie some undeniable personality.

What doesn’t work however is the sense of tension that comes from which among these players is a killer. One never gets the sense that anyone other than the victim was or is at risk. This is likely due to the fact that due to the amount of twists and turns in the original novel not every clue or revelation that Perot finds is given any proper time to sink in. In fact at times it can become confusing trying to keep every thread of what’s been discovered clear and separate in the viewers mind.

However, like all good who done its, this is cleared up by the third act and the classic scene where all the suspects are gathered together for the dramatic reveal.

Another flaw which I must mention is with the main character himself and the personal journey that he goes on. Hercule Perot is a man of unshaking certainty in right and wrong, his faith in his own intuition is unquestioning. However, both he and the story, raises the themes of absolute morality and whether or not an act, like people, can always be wholly evil, good or that perhaps a grey area exists in between.

Branagh is a great actor and director, however, I don’t feel that the circle was completely closed when it came to the end of his characters journey. As such the final moments of the film can feel a touch hollow with not much closure being brought to both characters and viewers.

All that being said, I enjoyed this movie. I loved the grand old Hollywood flavor, the mystery and the all-star cast. If you have time this weekend then I recommend boarding the Orient Express and follow the clues for yourselves.