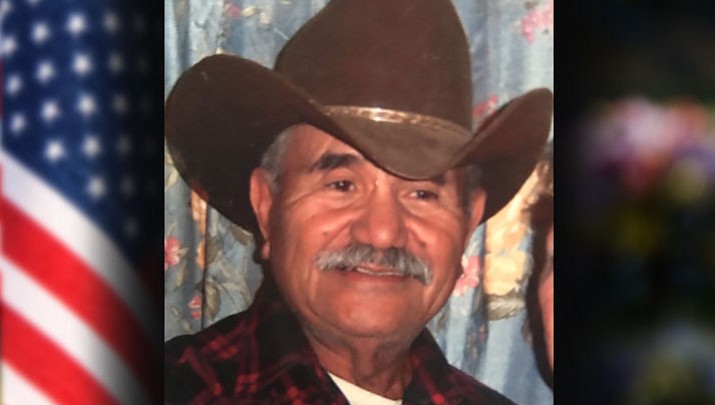 Santiago “Jim” Anguiano was born in Houston, Texas on May 17, 1940 and passed away on Friday, Oct. 13, 2017 at Kingman Regional Medical Center in Kingman, Arizona.

Jim is survived by his loving wife Barbara Anguiano (his high school sweetheart); his two sisters: Beala Hayes and Gracie Alverez; His six children: Robert, David, Poncho, Christine, Lisa, and Diane; followed by an extensive list of grandchildren; as well as great-grandchildren and a great-great-grandson.

Jim enlisted with the United States Army and served our country for six years. After his honorable discharge he began his career as a truck driver. He worked tirelessly to support his family, so naturally he spent his time off trying to capture every moment with his family on his video camera. His restless soul kept him busy and if he wasn’t building playhouses for the kids and craft rooms for his wife, he was tinkering with his tractor or taking the grandkids on tractor rides. He also loved the water and enjoyed fishing.

Rest In Peace. Gone, but never forgotten – We love you always. We will forever be restless without you.

To send a free card to the family go to www.sendoutcards.com/lietzfraze.