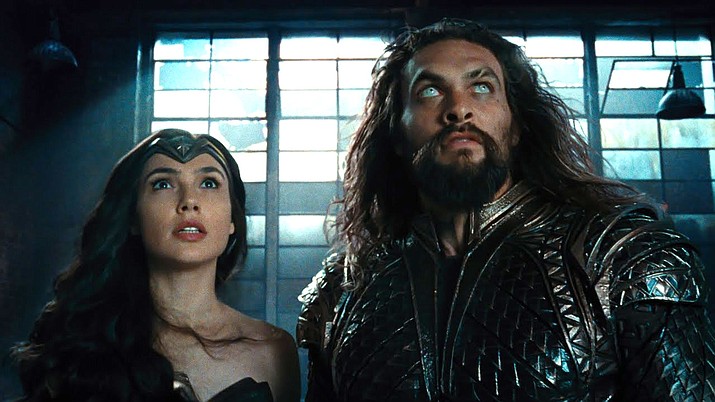 The 5th installation in the DC Comic extended universe has a simple premise and an equally sensitive execution. Batman, Wonder Woman, Aquaman, Cyborg and The Flash join forces to defeat an ancient, omnipotent immortal – Steppenwolf. At stake are three “Motherboxes” that form the “Unity”– an ageless, supreme force. As the Earth has fallen into despair, fear and chaos without Superman, Steppenwolf is attracted to this fear and returns to wreak havoc. Naturally.

“Justice League” tries to inject a respectful nod to the common-sense questions that should surround prevailing superhero films. The tone is provokingly human as the film opens to a fractured society. The death of Superman is parallel to the unexpected deaths of Prince and David Bowie. The conversations are substantial and show that, in a world without Superman – the personification of hope – the current social conditions of 2017 prevail: A spoiled ecosystem, cultural violence and crippling, financial decay for the average citizen. A man in frayed clothing sits on a street corner with a drab dog. “I tried” is scrawled in black marker across a cardboard placard at his feet. Lois Lane (Amy Adams) is at The Daily Planet staring blankly at a computer screen unable to concentrate without her Love, who was taken too soon. Martha Kent (Diane Lane) tells Lois Lane, “… can hardly read the news anymore ... so much bitterness ... ”

However, the surprising and fiercely emotional moments are jabbed throughout a splotchy, mundane plot. This film was the first from DC Comics with great bones that could get all comic-based films, from any studio, out of the rut of bleak acceptance by viewers and into a more human, more accurate visualization of the plight of super heroes and the lives they impact.

Action Fans: The stunning moments of convincing acting that pull you into the story are too few. The plot follows the usual tropes for the genre and is insultingly trite. Thousands of years ago, Steppenwolf was at war with Earth – for some reason. Those who died on the battlefield were converted to flying zombie robot demons with funky mosquito wings AKA parademons. Earth’s resistance – which included Amazons, Atlanteans, Green Lantern and regular humans forced Steppenwolf into retreat – into his spaceship. You would think he could use a fleet of spaceships to defeat Earth but that’s too passé for the New Gods. Three societies were tasked with hiding the Mother Boxes: The Amazons, The Atlanteans, and humans. Ponder why all-powerful artifacts from alien dimensions are always hidden in horribly unsecured places with incapable Earthlings.

Despite the elementary storyline, the camaraderie among the cast is energizing as The League also pokes fun at well-discussed comic-fan truths (Example: Batman has ZERO powers). This makes for some playful moments among the characters and witty dialogue. Wonder Woman/Diana Prince (Gal Gadot) rises as the unintentional leader of the League with her poise and fiercely protective demeanor. Gadot continues to impress as she embodies the values, compassion, and nobility of Wonder Woman. In contrast, Ben Affleck’s Batman is jaded, tired, and wealthy. His ego is bruised by the role he played in Superman’s death and he devises a plan that could only be fueled by money, arrogance and access to a powerful alien box. While many have said that Affleck is boring in this role, his apathy and self-deprecation play well against the film’s theme that the world is devoid of hope. Jason Momoa’s Aquaman/Arthur Curry is far from the affable Aquaman of Saturday Morning’s cartoons. He’s rugged, tattooed, loves strong drink and has some momma issues. Momoa fans, this is Underwater Drogo with all the verve and swagger plus the bonus of perpetual wetness. Ezra Miller returns from “Suicide Squad” and gives us a more complex character as The Flash/Barry Allen. He’s socially awkward, twitchy, neurotic, endearing and slow-simmered in anxiety. Visitation scenes with his imprisoned father give a nice backstory into The Flash’s/Barry Allen’s isolation. Ray Fisher’s Cyborg/Victor Stone is emotionally intoxicating. He wallows in the burden of his defeated philosophies about life, family, and body-possession by an ancient alien force. There are hints to the Mother Box’s hidden agenda when he loses control of his Mother Box-infused body in several scenes. Fisher’s performance transcends this genre and hails to “Othello” or “A Soldier’s Story.”

Comic Book Fans: Many still hold hope that DC Comics will finally give a coherent representation of their most beloved characters and storylines. Unlike the gloom-addled, perplexing films of the past, “Justice League” provides balanced action scenes as it tries to establish roots in contemporary issues and move fluidly through common-sense questions and sentiments. If you followed the online epilogue – and I know you did – to “Wonder Woman” along with the online deleted scenes from “Batman v Superman: Dawn of Justice,” you will recall the admonition from Etta Candy to the rest of Wonder Woman’s militia to deliver the “artifact” to the Americans. Then you will remember Lex Luthor chatting with Mother Box-wielding Steppenwolf via hologram. Finally, in “Justice League,” we are reminded that Cyborg was created in S.T.A.R. labs by his father, Silas Stone, with the power of one of the Mother Boxes. So DC Extended Universe fans, there is the possibility that Darkseid could be introduced, as well, amidst this enticing cohesive Mother Box theme.

Hopefully, the upcoming films in the DCEU will brazenly bump the super hero film status quo and give audiences consistently poignant dialogue, balanced action, and resurrected hope. If you want to take a gander at upcoming DC Comic films and release dates, check here: http://www.denofgeek.com/us/movies/justice-league/238985/complete-dc-comics-superhero-movie-release-calendar. As always, no comic film review would be complete without the Easter Egg hunt: http://www.looper.com/96476/easter-eggs-missed-justice-league/sl/

Comic-Fans: 3 out of 4 Mother Boxes

Action Fans: 3 out of 4 Parademons