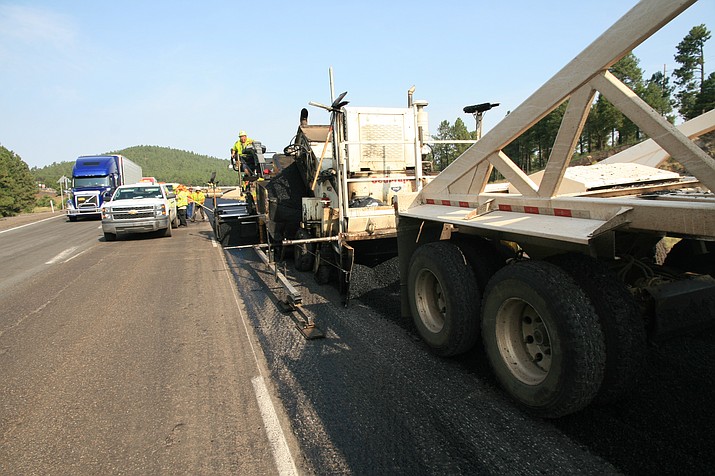 Construction closures will be suspended over the Thanksgiving weekend.

PHOENIX – Over Thanksgiving weekend, state and local agencies will focus on keeping motorists safe and placing equipment and resources along heavily traveled highways to help move traffic should incidents occur.

Motorists will play key roles in keeping traffic moving by making smart driving decisions that won’t result in serious crashes that ruin road trips and create travel delays. Drivers are urged to use caution over the holiday weekend in existing work zones and in three “holiday travel corridors” that will receive extra enforcement and resources to minimize travel delays.

The Arizona Department of Transportation and its contractors won’t schedule construction closures along state highways from Friday through late Monday evening. Road restrictions for ongoing projects will remain in place.

In an effort to reduce crashes and delays that result from speeding and driver inattention, speed limits will be lowered during peak holiday travel periods on a winding stretch of Interstate 17 north of Phoenix. ADOT will reduce speed limits by 10 mph on I-17 between New River and Sunset Point Rest Area. Temporary signs will advise drivers of the lower speed limits. For example, areas where the speed limit is ordinarily 65 mph will have a speed limit of 55 mph.

ADOT is emphasizing safety in three high-traffic holiday travel corridors: Interstate 17 between north Phoenix and Flagstaff, Interstate 10 between Phoenix and Tucson and State Route 87 between Mesa and Payson. Along those routes, ADOT crews will strategically stage equipment, such as loaders and utility trucks, minimizing travel delays with faster response times to crashes and stalled vehicles.

Last year, 10 people died in 10 traffic collisions during the holiday weekend on Arizona’s state and local roadways. Impairment was a factor in five of the fatal crashes. To encourage smart driving decisions, overhead signs will display safety messages, as well as current traffic conditions

ADOT has not scheduled any closures or work during the holiday weekend, but travelers should be aware that restrictions in existing work-zones will remain in place. This can include I-10 in Phoenix’s West Valley, I-40 near Kingman and northbound State Route 87 south of Payson. State routes 366 and 473 have closed for the winter season.

Real-time highway conditions are available on ADOT’s Arizona Traveler Information site at az511.gov, by calling 511 and through ADOT’s Twitter feed, @ArizonaDOT. When a freeway closure or other major traffic event occurs, our free app available at ADOTAlerts.com will send critical information directly to app users in affected areas – where possible, in advance of alternate routes.

ADOT working to keep state highways open during holidays
ADOT focuses on safety for Labor Day weekend
ADOT: No highway closures over Labor Day Weekend
Highway goal: No fatalities or injuries over the holiday
No construction closures over holiday weekend