Apples should never be considered forbidden 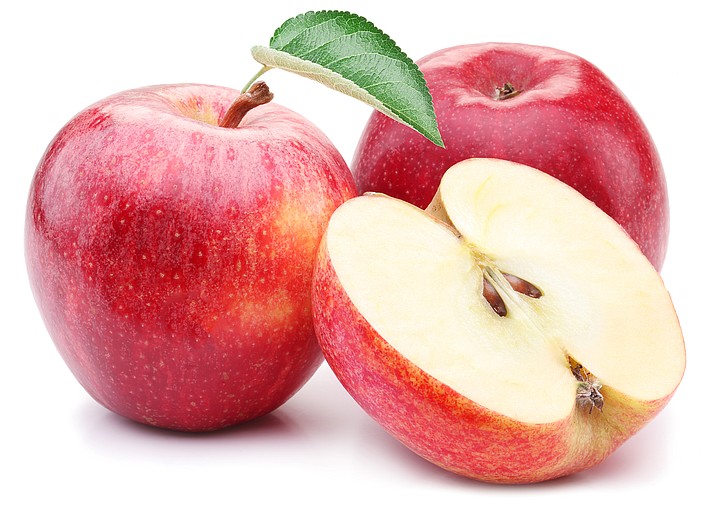 Apples have long been thought of as the forbidden fruit, which led Adam and Eve astray even though there is no specific mention of apples growing in the Garden of Eden.

As late as the 17th century, apple was the generic term given to all fruit that was not a berry so in reality the forbidden fruit could have been a grape not an apple. Adding to the confusion, the Latin word for evil is malum and the Latin word for apple is malus, so the problem may have started there. Regardless of how the apple became the culprit, they are quite an amazing fruit and should never be considered forbidden.

Apples are a member of the rose family and are chock full of goodness, hence the saying an apple a day keeps the doctor away.

Multiple studies have shown that including apples in your diet can help lower the risk of getting Alzheimer’s, Parkinson’s, heart disease, liver disease, and even diabetes. The pectin in apples have shown promise in destroying cancer cells in those fighting prostate, lung, and/or colon cancer. Apple pectin was used after Chernobyl to extract radioactive waste from the victims of that disaster. But don’t peel the apple because over two-thirds of the fiber and most of the antioxidants such as quercetin are in the peel.

They are high in vitamins B, C, A as well as potassium, copper and manganese. In the United States there are over two thousand varieties of apples to choose from, and they are in their peak season right now.

So let go of your malusdomesticaphobia (fear of apples) and start eating an apple a day even if it happens to be in the form of an apple pie.

Letter: Adam and Eve
Pare the pear tree: Too much is more than enough
The Lamb of God takes away the sin of the world
Bananas: The jack of all fruit
Ask A Master Gardener