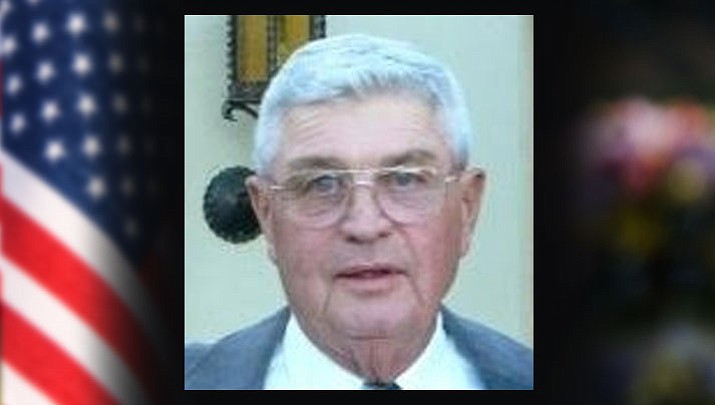 He was raised on their ranch with his two older siblings, Jack and Jean.

After graduating from Kingman High School, Class of '58, Henry joined the Air National Guard and then enlisted in the U.S. Army.

While serving our country in Vietnam, Henry met and married Thuyen "Netta" (Ngoc) Mahan in 1967. Together they had three boys: Tim, Doug and Harlin, and they returned stateside after the war to begin family life in Kingman. He became a widower when Netta passed in 1975.

Henry began his professional career with the Arizona Department of Transportation, where he wore many hats within the Motor Vehicle Division and was beloved in every role he served. After his retirement in 2002, he dedicated himself full time to his business, Agua Fria Enterprises, delivering water to his loyal customers throughout Mohave County.

Henry found true love once more in 1976 when he married Mary Rose "Cookie" (Nelson) Mahan. Cookie had three teenage daughters of her own: Debbie, Sherrie, and Terrie. Together, they had a "Brady Bunch" family and Henry's heart was big enough for all of them. Their marriage lasted over 40 years.

Throughout his life, he always believed in caring for all of God's creatures, and this became most evident in his later years. It didn't matter if they were pets, strays, wild animals, or even pigeons, he loved them and would try to provide for them as best he could.

He was preceded in death by: his parents, R.C. and Frances (Jones) Mahan; his sister Jean Mahan; sister-in-law Shirley (Whitney) Mahan; wife Thuyen "Netta" (Ngoc) Mahan; and wife Mary Rose "Cookie" (Nelson) Mahan, who passed just last month. Prior to her death, he told her that when she gets to heaven, "to leave the gate open..."

A private service will be held for the family at the Kingman Masonic Lodge No. 22.

Please join us for a celebration of his life and spirit at Beale Celebrations, 201 N. Fourth St, Kingman, Arizona 86401 at noon on Saturday, December 2. Food and drinks will be served at 12:30 pm.

Tributes and condolences may be sent to Sutton Memorial Funeral Home, 1701 Sycamore Ave., Kingman, AZ 86409, or at www.suttonmemorialfuneralhome.com